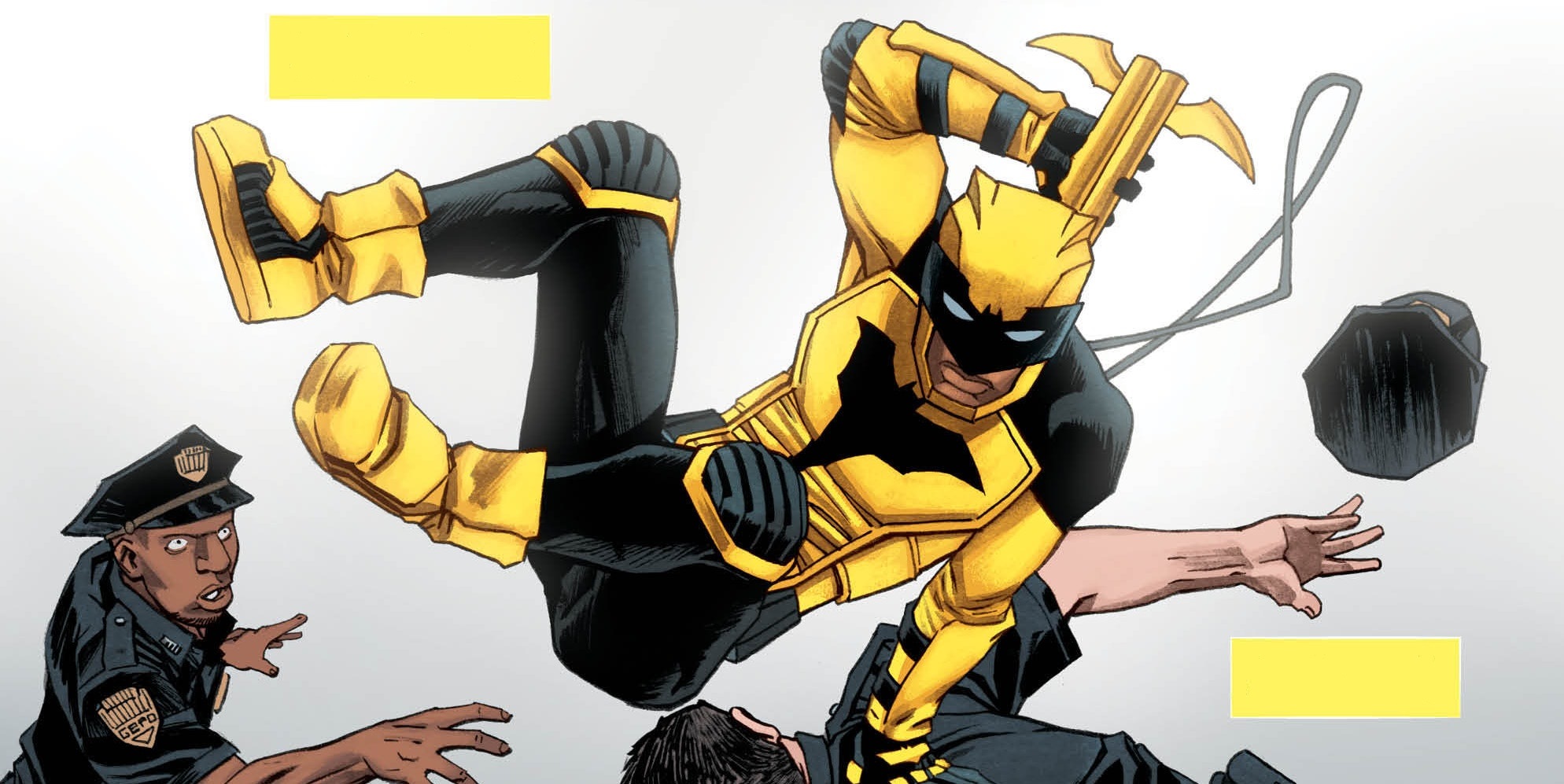 Promotion for All Star Batman #8 had Scott Snyder giving two interviews last week, one for Comic Book Resources and one for Newsarama. Between answering questions regarding this issue in particular, Snyder has let slip some information about issues to come.

First of all, he further confirmed that next story arc will last for four to five issues and will be having Rafael Albuquerque as a solo artist for all of them. The arc is titled “The First Ally”, and while solicitations are trying to keep the identity of said ally a mystery, Snyder has commented that it will explore Alfred’s past with the MI-6. It is fairly safe to assume that this first ally is Alfred Pennyworth.

The arc coming after that will feature Sean Murphy’s art and Snyder calls it “the closest thing I could do to a DKR”. If that is what they are going for, then Murphy is a great choice. His style is angular and he has a knack for amazing, cinematographic composition.

When it comes to Snyder, though, there are two big elephants in the room: what will his upcoming event with Capullo be about and when will Duke be getting a codename?

Those questions did arise in the interviews, and it seems that Duke will solidify his standpoint in Gotham in All Star Batman #9. Snyder has also acknowledged the long overdue need for him to get a codename, and apparently he might be getting one in the close future, maybe even in issue #9 itself. Not only that, but Duke might be Gotham’s first Bat-Family member to have morning habits, as Snyder says that “Similarly, all the other [Gotham] heroes go out at night, Duke is starting to go out by day.”

Also regarding Duke, the conclusion of his backup “The Cursed Wheel”  will be hinting at some of DC’s major mysteries going around now. It makes sense since we are approaching “The Button”, the Batman and Flash crossover, so there might be some clues to what that will be about.

Regarding the big Snyder/Capullo reunion coming in the summer, it seems that it will feature or revolve around the Bat-Family, as Snyder says that it will help crystallize Duke’s role within it.

Here are some excerpts from the interviews:

CBR: Let’s talk a little about Duke Thomas, who’s been the focus of the “Cursed Wheel” back up stories for the duration of “All Star.” This issue left him in a bit of a tenuous spot — can you tease what readers should expect to see from Duke and his role in the Bat Family in the future?

SS: Definitely. Duke’s played a big role for us in terms of supporting cast for a while and we want people to get used to seeing him with the Bat Family. I get worried sometimes that throwing somebody into the mix in Gotham without a “home” — no matter how cool the character may be — they can kind of wind up vanishing. With Duke, it’s about long discussions with Geoff Johns and DC about finding the most viable place to land him. Is putting him in the mantle of a known character of somebody else that exists like a Robin or a Nightwing? Or is it trying something original?

We veered towards the latter, so with the next issue, you’ll see a big change in terms of his status and his mission. It’s going to lead into the story I’m doing with Greg Capullo. [Duke] evolves within that story, and you’ll see his role within the Family really crystallize at the beginning of the event [this summer]. So [the “Cursed Wheel”] is going to end with a bit of a cliffhanger. You’ll see the transformation of him into a character will have a very distinct role in Gotham, and with the rest of the Family; and also reveal things about some mysteries going on around the DC Universe as well.

CBR: Any hints as to what his codename might be?

SS: Yeah! Well, it’s all been decided. It’s actually been one of the biggest debates. Everybody has a name they want for him, and they’ve changed as his role has changed. Here’s what I love about Duke as a character: He’s always believed, as a kind of outsider from the Family, that heroes are independent of their their inspiration. [He believes that] Robin was independent of Batman, and doesn’t “need” him in that way. Similarly, all the other [Gotham] heroes go out at night, Duke is starting to go out by day. The city is very different then. He’s following in the footsteps of his parents that way. So all this starts to crystalize around who he’s going to be. There have been different names. As he’s evolved, people wanted to call him all kinds of bat terms, but I think we’ve settled on something that works.

Nrama: So what’s coming up after this issue?

Snyder: Next I have an arc with Rafael Albuquerque, which is going to be really fun and it explore Alfred’s past.

Snyder: Yeah, it’s a big Alfred story that I’m very excited about. I haven’t seen a story about that yet, so I feel like it’s pretty unmined territory — his time in MI-6 and all that stuff. It takes place in Miami, so it’s got this whole Miami Vice feel, which is really fun. And then after that, we’ve got Sean Murphy, which is a complete 180-degree spin from that. This is a story I’ve been planning for years. It’s the closest thing I could do to a DKR.