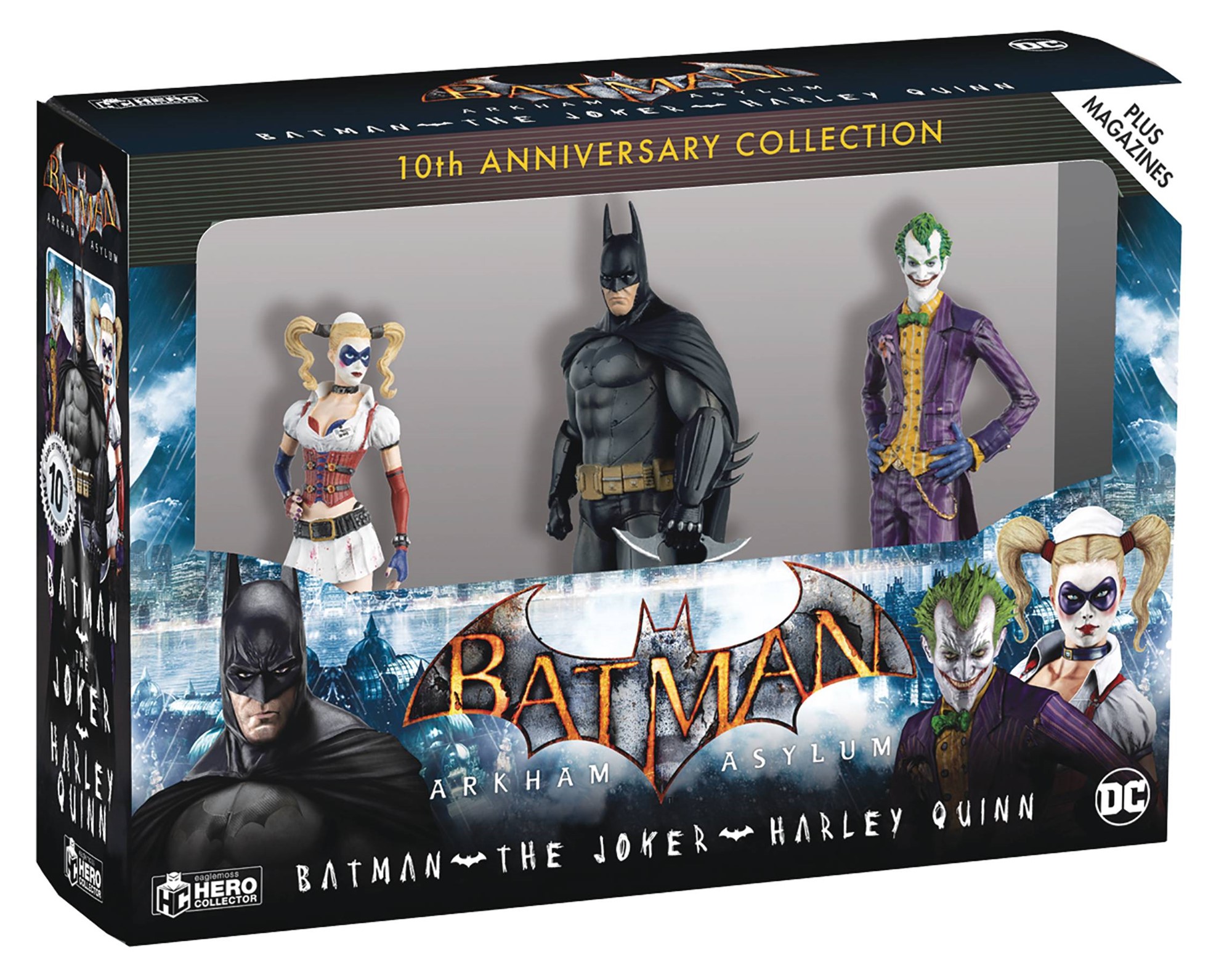 Are you ready to return to the asylum, Bat-Fans? Eaglemoss sure hopes so, because they have upcoming figures based on the characters featured in the Batman: Arkham Asylum video game series. The series launched earlier this year with the first three figures announced and now more figures are coming. Each figure will come with a collector’s magazine that spotlights the character’s history. As a reminder, the first three of the collection were #1 Batman, #2 Joker and #3 Harley Quinn. Those first three characters will actually be combined in a special three-pack released in October. Priced at $59.99, you can pre-order the set over at Entertainment Earth. The fourth figure in the series is Poison Ivy. Just as in the game, she wears her deep-red shirt with her body wrapped in flora ready to defend the green. Releasing in September and priced at $19.99, you can pre-order this figure over at Entertainment Earth. Scarecrow is the fifth figure in the series. This iconic redesign of the frightful character is easily recognizable and the figure captures that frightful appearance perfectly.  Releasing September 2019 and priced at $19.99, you can pre-order this figure over at Entertainment Earth. Next, we have the knife-wielding serial killer Victor Zsasz as the sixth figure in the series. Complete with his victim-counting scars and huge knife, Mr. Zsasz is definitely impressive and unsettling.  Expected in October and priced at $19.99, you can pre-order this figure over at Entertainment Earth. Finally, there is a special edition figure planned for release featuring Bane. Bane was one of the more talked about redesigns in the Arkham Asylum games.  This bulky powerhouse is coming your way in October and priced at $59.99. You can pre-order this figure over at Entertainment Earth.