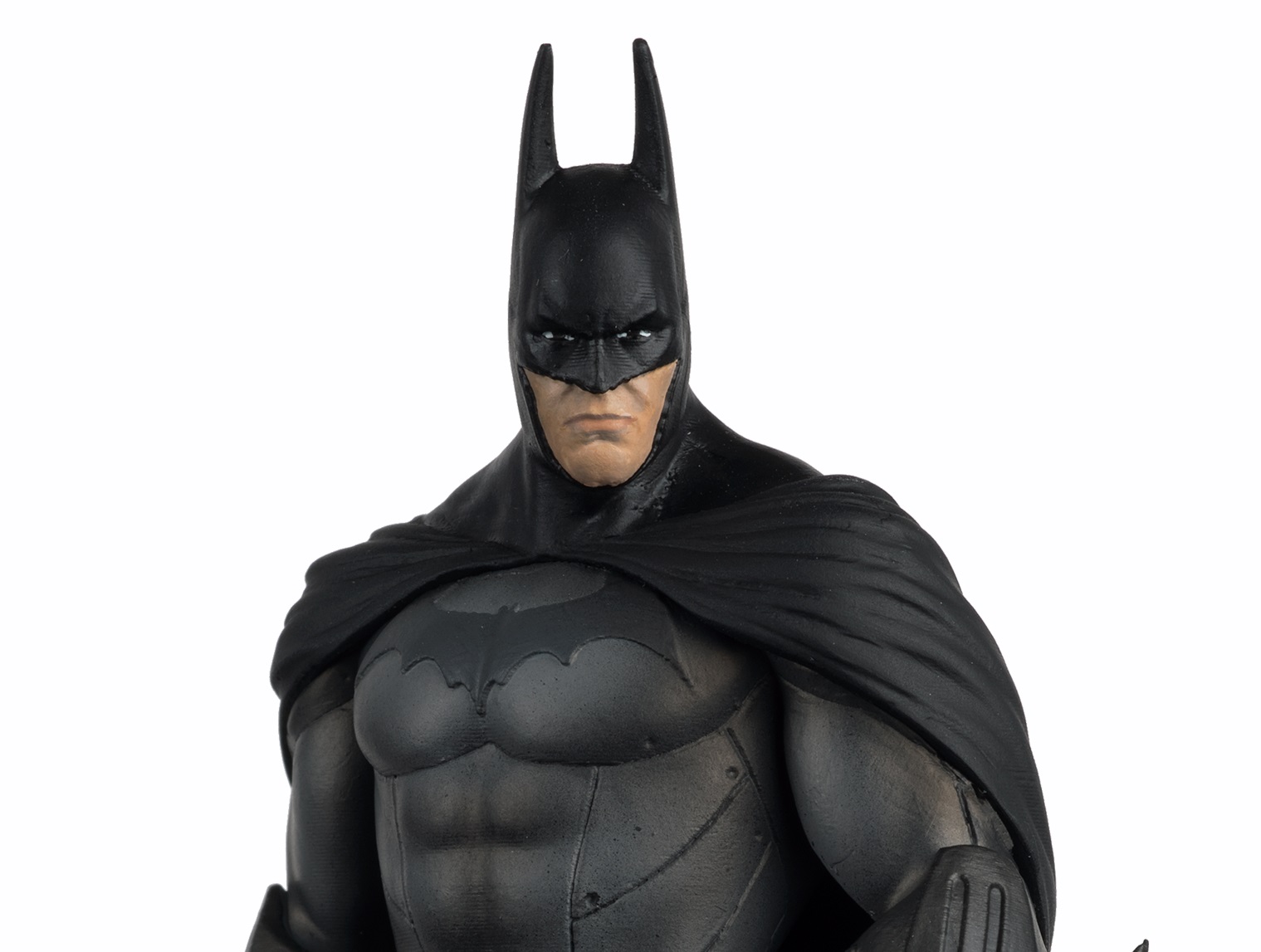 Can you believe Batman: Arkham Asylum is ten years old? Hard to believe? The effects of that game series can be still be seen and felt today, and there will be a an amazing statuette series to celebrate this anniversary coming from Eaglemoss. Polyresin statues of some of the more iconic characters will be coming, packaged with a magazine detailing the character and chronicling the Arkhan Asylum timeline.  These 1:16 scale statues look amazing, Bat-Fans. First up is Batman himself. The statue features the Dark Knight clad in his Arkham costume and clutching a batarang,  mimicking the cover of the first game in the series. The following piece will be the Joker, who got so much story and development in the games that fans are still talking about it.  Hands on hips, the Clown Prince of Crime looks spot-on to his game appearance. And finally, part three will be Harley Quinn in her nurse uniform. This collection launches at the end of May 2019, so get ready, Bat-Fans.