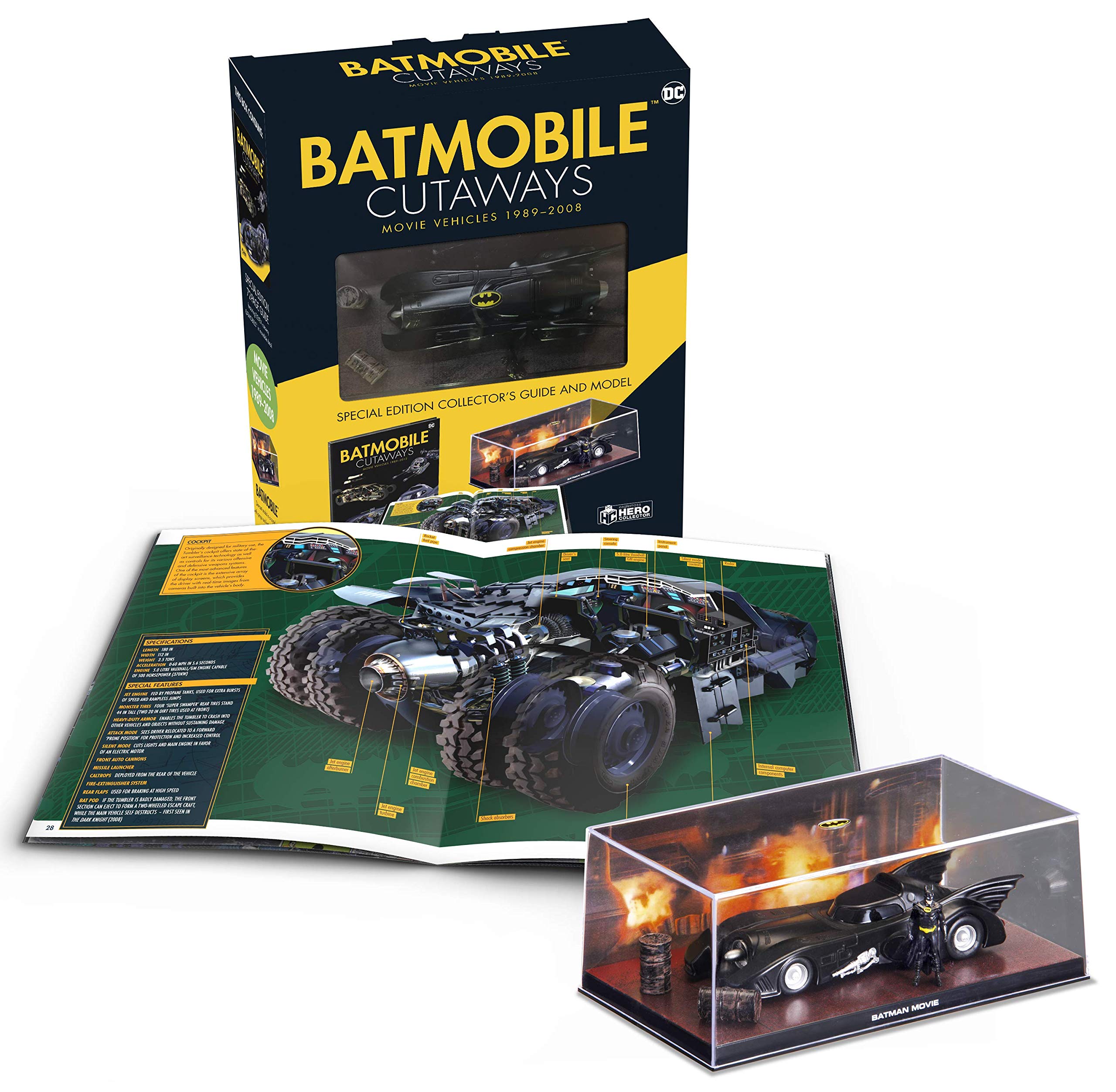 Do you have a favorite version of the Batmobile that has been featured in movies or live-action television? Sure you do! Now there is a reference book where you can find information about your favorite and all the others too! Priced at $39.95, this amazingly beautiful book can be purchased from Amazon now.

Like the Dark Knight™ himself, everybody has a favorite Batmobile and now all of the cars, from Tim Burton’s 1989 classic to the conclusion of Christopher Nolan’s trilogy in 2012, have been brought together in one comprehensive, fully illustrated, 72-page volume from Eaglemoss Hero Collector, designers, manufacturers and publishers of high-quality collectibles from across the many worlds of pop culture.

What’s more, the book comes packaged with a 1/43 scale die-cast metal replica of the iconic Anton Furst designed Batmobile featured in 1989’s Batman. Now you can discover what lies inside this and many other machines with extraordinary cutaway art. Take a deep look under the hoods and behind the controls as weapons systems and construction secrets are revealed.