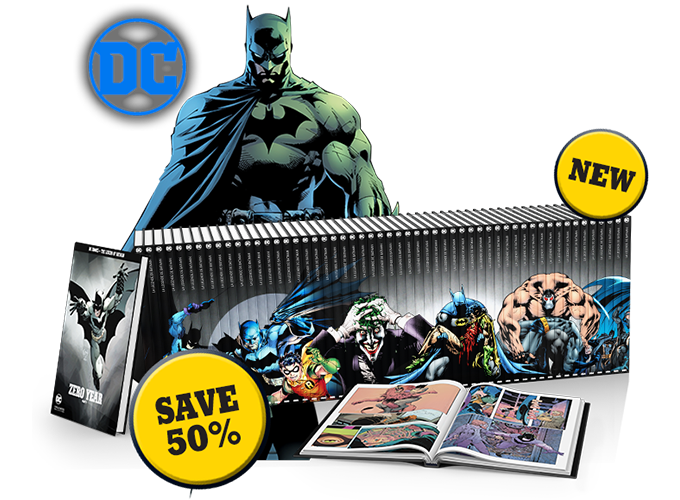 What are the most iconic Batman stories ever? Would you argue that Hush belongs right next The Long Halloween or did Court of Owls top any story that came before it? DC Comics and geek subscription site Eaglemoss are teaming up to help spark debate with the release The Legend of Batman collection. The series promises to collect Batman’s entire life story from beginning to end in a collection of twice-monthly hardback graphic novels, and from the artwork it looks like at least Death in the Family, Knightfall and The Killing Joke have made the cut.

This is the first time DC is offering such a collection of definitive works and it will be interesting to see what stories are chosen and what are left on the cutting room floor. Perhaps more interesting is the claim that this tells Batman’s complete story, which may mean we’ll have a timeline of canon stories since the New 52 attempted to wipe the slate somewhat clean.

The subscription is currently only available to UK residents, but it is safe to assume a collection like this will make its way stateside sooner or later, as Eaglemoss tends to start new subscriptions in the UK and then expand to the US and other areas afterwards. The most recent example was the Batmobile Collection which recently wrapped in the states this year after being around for eighty-five issues.

What is the definitive Batman story? Which ones do you hope make it in the collection? Would you sign up if it became available in the states? Let us know in the comments below.