All New Batman Coming to Earth-2 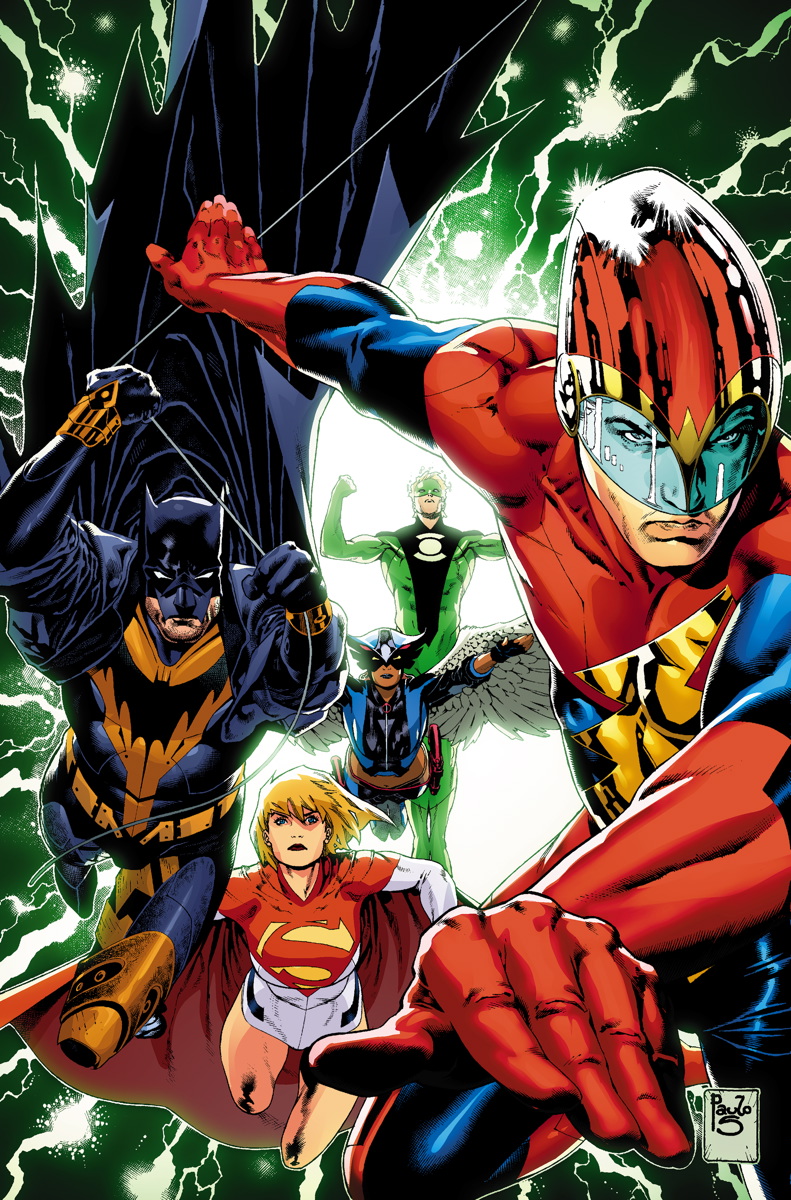 With all the news this week of what will happen after Convergence, one story that definitely got pushed to the bottom of the Batman pile is the fact there will be a new Batman running around whatever world the survivors of the alternate earth weekly end up on in a new ongoing series titled Earth 2: Society. With two issues left of Earth 2: World’s End it has been revealed who will make it out of that book and DC’s two month weekly event alive.

With that being said it only lends to speculation the question of just what exactly happens to the current Earth 2 Batman in Thomas Wayne. We know he will definitely be in the multiverse and dead timeline spanning epic coming in April/May as he is featured on the cover of Convergence #1. However, given the theme of the story we are not sure if Brainiac has bottled the Earth 2 inhabitants before or after the battle with Darkseid.

I myself don’t know how to feel about this as not only am I a big fan of the Thomas Wayne Batman currently in/on Earth 2 the costume itself is rather loud for that of the caped crusader. I never thought they would be able to completely alienate the fans with a Batman costume at least anymore than they did with the Azbats costume in the 90’s (Which is a big favorite of mine mind you) but alas this week they have levied a one-two punch to fans with the costume that of not only this new Batman but the Batman of New Earth as well after Convergence comes to an end. Either way it is exciting to see that the mantle of the Batman is continuing to be passed from one person to the next as we have seen in many other Batman stories in and out of the main DC continuity.

In an interview with Newsarama Daniel H. Wilson had this to say in regards to the new cape crusader’s identity, “I think if you read it close enough, the answer will be pretty definitive. But it will take a little bit of insight on the readers’ part.”

If I had to give my own insight as TBU’s reviewer on the book there are only two possibilities regarding just who it might be. One is Dick Grayson especially after in one of the most recent “World’s End” issues he literally picked up a batarang after Batman and Huntress saved him, his son, and Ted Grant at the Atom’s Haven Command Center and said, “Cool”. Does this mean that unlike the Dick Grayson of Pre-COIE Earth 2 this Dick Grayson who was never Bruce Wayne’s ward or partner ironically becomes Batman after being inspired by the caped crusader’s hardware? One strong indication of this possibility is the fact the new Batman is wearing color’s reminiscent of the 80’s collar popped Nightwing after all. When asked what character they felt had evolved the most throughout the story Mike Johnson said, “One of the characters that I focused on was Dick Grayson. We’ve seen Dick Grayson go through about as much as you can go through, and still come out the other end alive — well, I don’t want to spoil anything. Through him, we’ve really tried to focus on how these incredibly epic, cosmic events affect a normal guy, but we’ve also taken him along the path toward becoming heroic in his own way.”

Those are indeed some strong words by Johnson pointing toward Dick taking the mantle of the Bat in this series. However it is my opinion more likely that this is a red herring, While promotional image for Earth 2: Society offers no hints on just who Batman might be other than the possible ones of above, one other insight from anyone who has followed DC’s history with Earth 2 in the Pre-Flashpoint days the only person who is missing from the future Nu-JSA team is Ted Grant AKA Wildcat. Afterall the new Batman in the image is wearing a five o’clock shadow and is ripped far more than Dick Grayson is currently in the story. Also if you look at the mask the awkward nose guard reaches down to become possibly reminiscent of fangs.

Whether DC would undermine history and make this iteration of Ted Grant Batman instead of Wildcat even if temporarily remains to be seen. If one thing is for sure is while this has been from the beginning a fresh take on the JSA team it has also been incredibly faithful to tradition when it comes to other characters on the classic team being present within the pages of the series. With that being said the new Batman may be an even fresher take on Ted Grant who in the series has been helping and defending Dick Grayson on their journey to find the latter’s son. There is also always the possibility that if the Society ends up on New Earth that the new Batman will change his identity to Wildcat as not to confuse himself with the actual Batman of the main DC world. I however hope that we get an exciting new take on Batman in the pages of Earth 2: Society that lasts for years to come.

What do you think about this new Batman? Is it Dick Grayson? Ted Grant? Someone else entirely? Let us know in the comments.