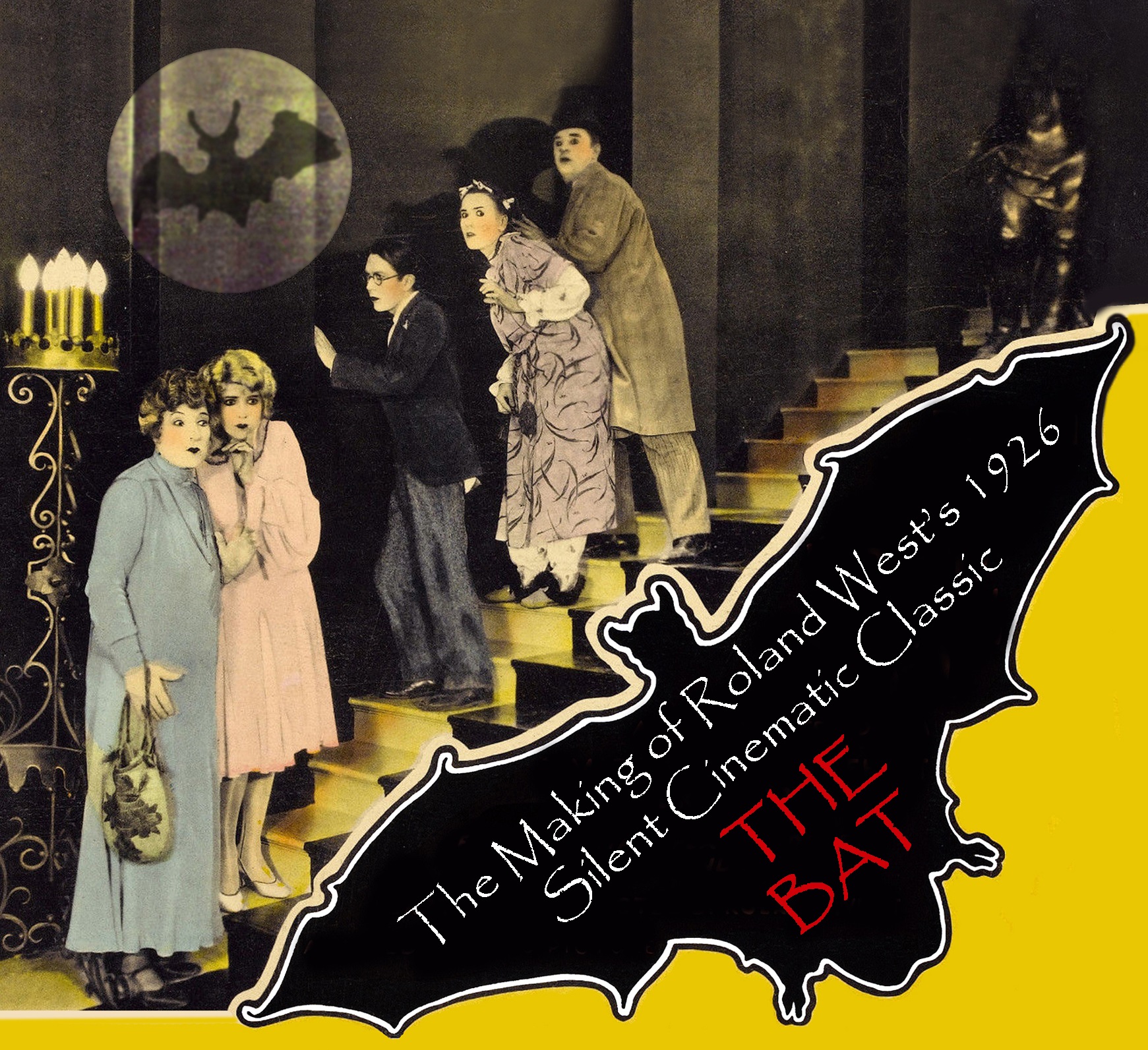 Editor’s Note: Author Kevin Scott Collier took some time to write up an interesting article covering his inspiration for his book, The First Bat Man: The Making of Roland West’s 1926 Movie. The book looks at one of the inspirations that Bob Kane has attributed to the idea for Batman. Kevin’s book is available now. You can order your copy on Amazon now. As a lifetime fan of comic books, I grew up when Marvel and DC emerged introducing new superheroes and resurrecting old ones in the early 1960’s. Batman was hardly new, or repackaged. Bob Kane was still drawing the character, in fact.

It wasn’t until the publication of Kane’s book in 1989, “Batman and Me,” that I first learned of the influences on Kane that helped create the character. One was a Roland West movie that came out years before Detective Comics #27. But the information in that book is incorrect, and has been proven to be so.

To begin the pathway to the first “Bat Man” one has to throw out “The Bat Whispers,” a movie created by Roland West released in 1930. It what was said in the book. The actual influence was an earlier West film, “The Bat,” released in 1926. The proof is in a picture Kane is holding in a photograph when he the Roland West film influence regarding Batman. He’s holding a picture of a scene from “The Bat,” 1926.

When you watch Roland West’s “The Bat,” the comparison to Batman is undeniable. A bat signal is projected onto a wall, the black bat symbol is everywhere, the character wears a cape and uses a utility bag (like Batman’s belt) that contains tools to climb or descend a building with. The mansion in the film also could serve as an example of Wayne manor.

My curiosity about the movie moved me to write a book on cinema’s first Bat Man, title just that, “The First Batman.” For those of you who have never seen it, it’s on YouTube to watch for free. The silent classic is both humorous and creepy.

This is the original Dark Knight. He’s a bad guy for sure. The head mask actor Tullio Carminati looks more akin to DC’s Man-Bat character, introduced in 1970.

Researching the film I discovered much about it I didn’t know. Before “The Bat” was a screenplay and motion picture, it was a vaudeville stage melodrama, written by Mary Roberts Rinehart and Avery Hopwood. It was incredibly popular, too, touring the nation for three years and taking in more than 9 million dollars, equal to the sum of $131 million today.

For Batman trivia fans, the first actor to play the Bat Man was actor Harrison Hunter.

Many had made bids on the rights to the story to make it into a film, including silent film producer D. W. Griffith. West shelled out $75,000 for the rights, signing a contract in September 1925. That’s equal to over $1 million today.

Filming began just before Christmas that year, and wrapped up the end of February 1926. The film was released on May 14. Audiences loved it, and theatres created many promotions and handouts to attract people in to see the film. This included huge black cardboard bats strung between building in the streets, paper bat handouts and one theatre even had live bats in a cage in the lobby on display.

If you’ve never seen Roland West’s “The Bat,” you need to. It’s fun just pointing out all of the things seen here, over a dozen years before Bob Kane and Bill Finger introduced the caped crusader. And while you’re at it, check out another silent film, “The Man Who Laughs,” released in 1928. It’s on YouTube also. There you’ll get a good idea of where Batman’s arch enemy the Joker originated.