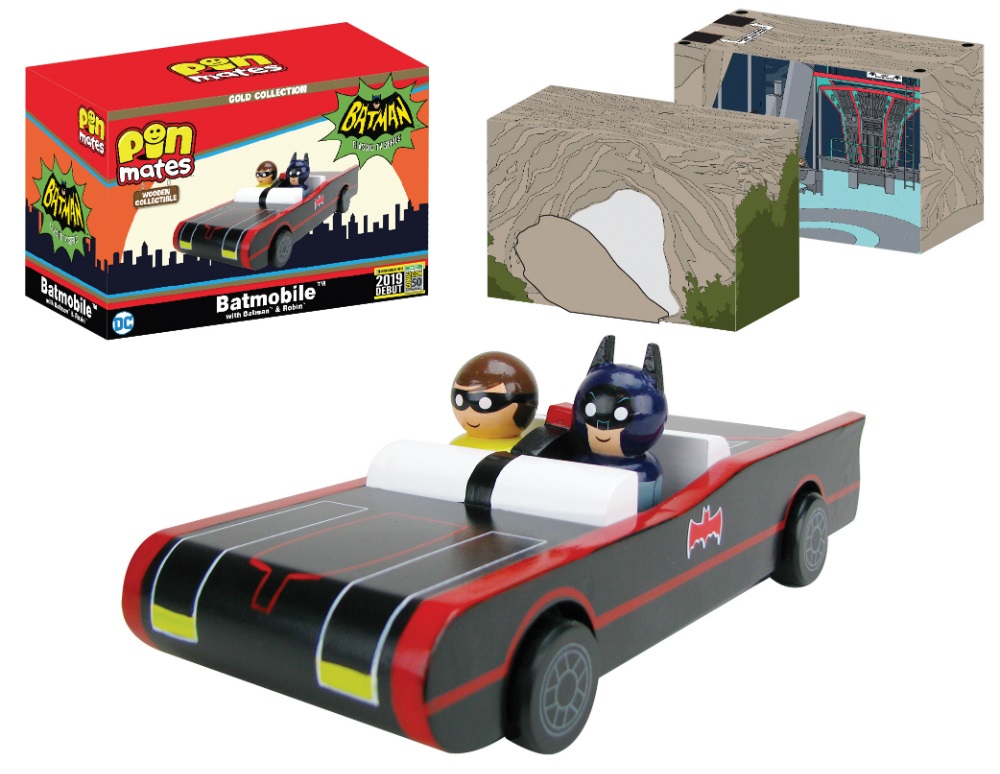 Entertainment Earth has been bringing Bat-Fans a ton of goodies throughout 2019, and they aim to keep the game going through SDCC. The Pin Mates line, which delivers minimalist, classic character interpretations in wood, has churned out a new Batman and Robin set with Batmobile included. These small wooden figures, which are compatible with Fisher Price’s original Little People line, is styled after the 1966 Batman television series. It even comes with a Batcave diorama for more dramatic posing and play possibilities. This Batmobile set is limited to only nine hundred pieces, with each one individually numbered. Priced at $34.99, this set will be available in limited quantities at Booth #2343, but can also be pre-ordered at Entertainment Earth’s website.