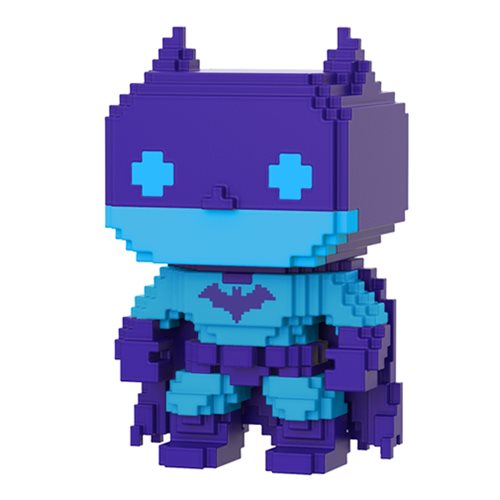 Over the last few weeks, companies attending San Diego Comic Con have begun to reveal their exclusive offerings and Entertainment Earth is no different. While not a company that produces collectibles, they are a major retailer of collectibles and in turn have a number of exclusive products from other companies that they will have available at the convention.

We previously reported on Artist Alley Batman variant figures that will be available through Entertainment Earth. Now we also know that the company will be offering a Batman Video Game Deco 8-Bit Pop! Vinyl Figure for $13.99. The Pop figure is modeled after Batman’s appearance in NES games and features a blocky design with different shades of blue coloring the figure. Funko previously offered a similar Batman Pop at last years convention with more traditional coloring. So this one is for the purists out there. Stay tuned for all our coverage of San Diego Comic Con 2018 from the collectibles to the announcements, we’ll have you covered.