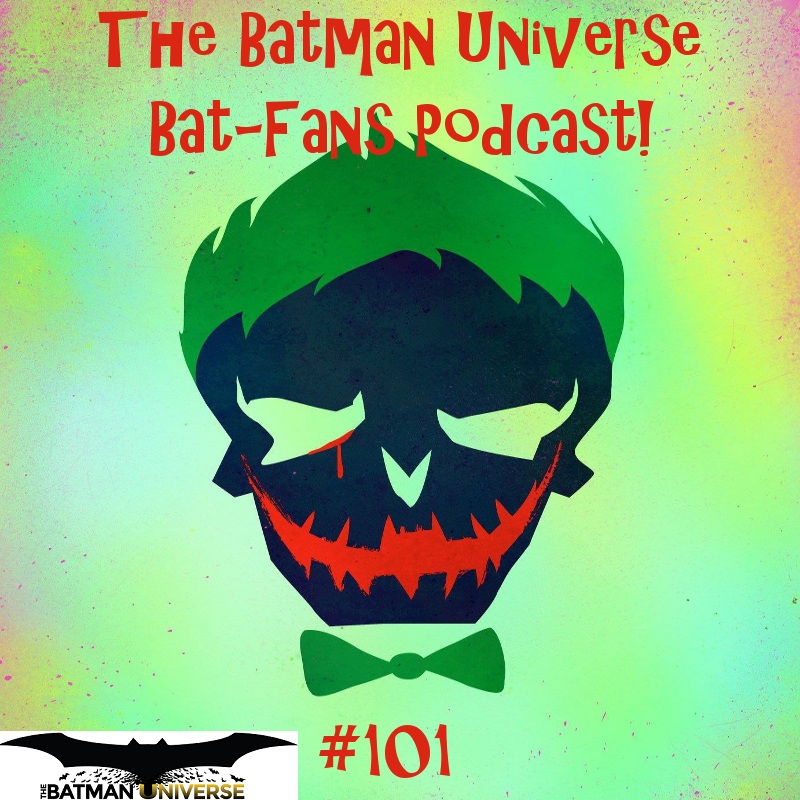 In the latest episode of the Bat-Fans Podcast, Dane and Tim give their reaction to the new “Suicide Squad” trailer and “Wonder Woman” footage shown in the DC TV special “Dawn of the Justice League.” They also talk about Scott Snyder and Greg Capullo leaving the Batman title, the newly announced “Justice League Action” animated series, the trailer for “Justice League vs Teen Titans,” the TNT Teen Titans show officially being dead, characters in Tom Hanks movies who are not reliable sources to be telling stories, and catch up on some Batman comics, including the amazing Batman/Teenage Mutant Ninja Turtles #2!