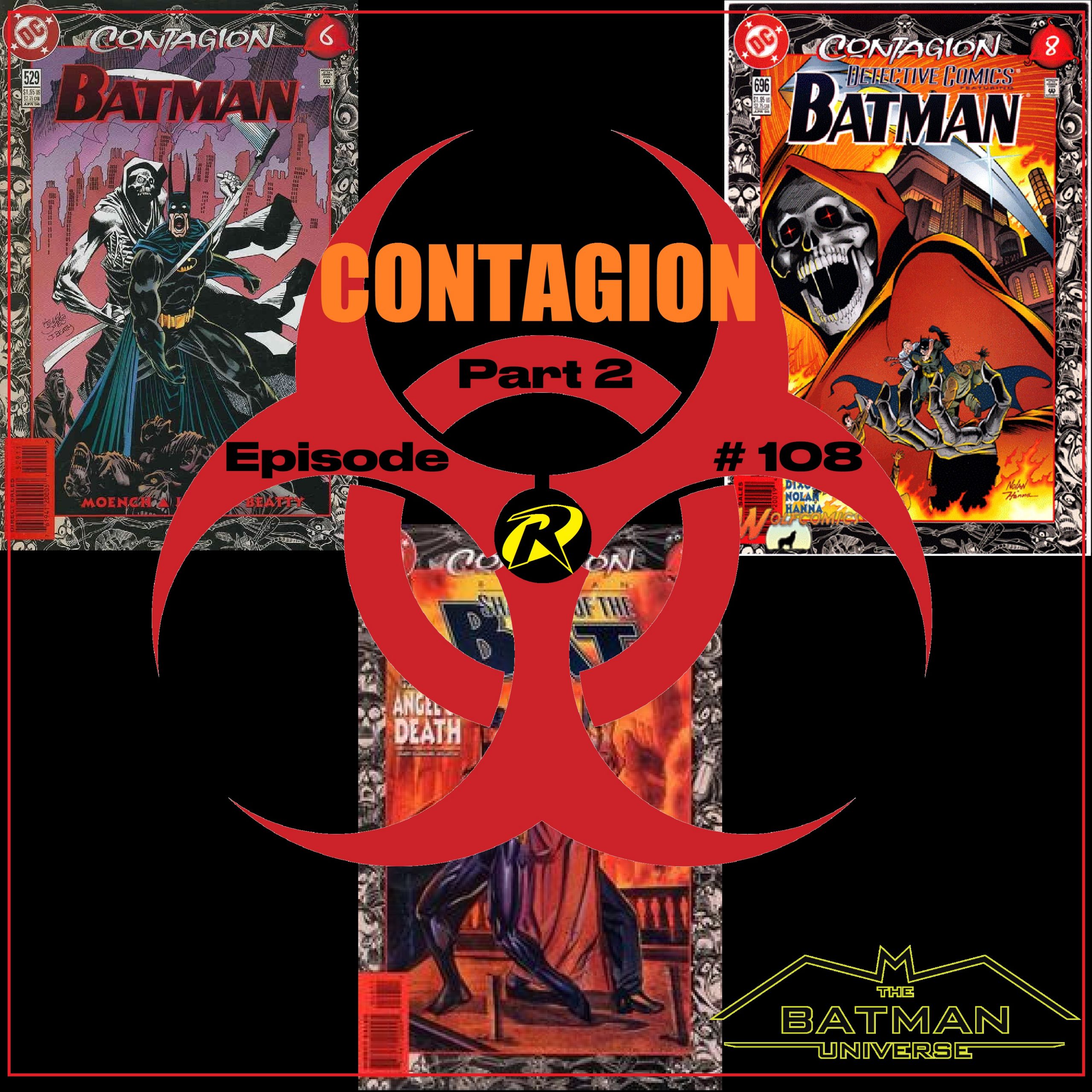 A week late means a larger episode! A longer episode might be good right now given the world’s current situation. Oddly enough the citizens of Gotham City are in a similar situation and the timing of our coverage of Contagion is hard to tell where fiction starts and reality begins. Join us as we try to make sense of the art of Kelley Jones as well as how gross it was to see Tim getting spit on. On this episode, we take a look at Batman #529, Batman: Shadow of the Bat #49, and Detective Comics #696. At the top of the show, Terence and Rob also talk Dan Dido being let go from DC. So grab a spare roll of toilet paper and push play on part two for our coverage of Batman: Contagion.