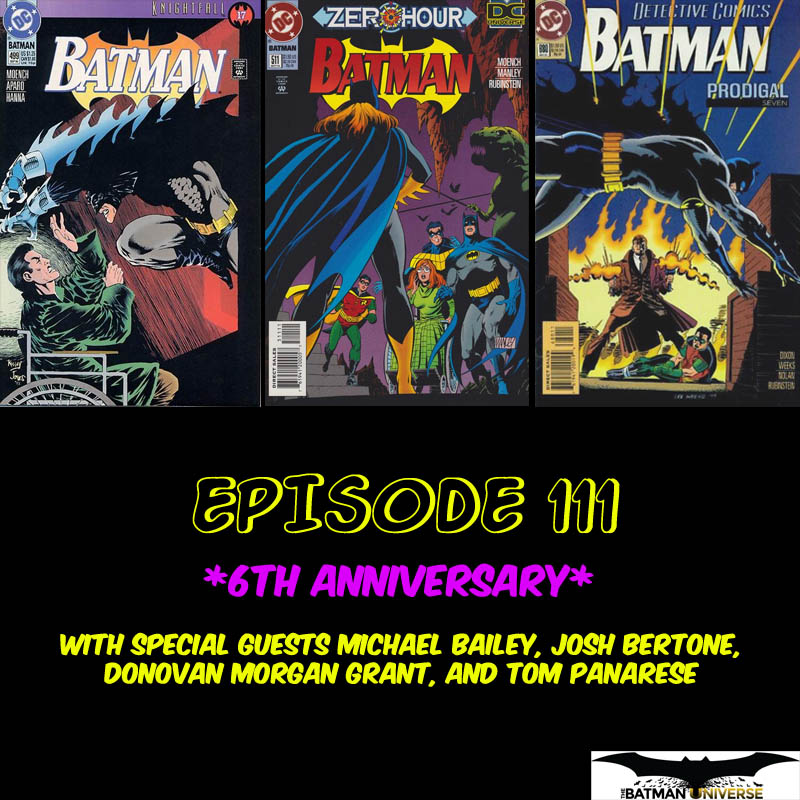 Could it get any bigger than this? BTO’s sixth anniversary is a meeting of the minds, as I am joined by Michael Bailey, Josh Bertone, Donovan Morgan Grant, and Tom Panarese to discuss three major storylines of the 1990s: Knightfall, Zero Hour, and Prodigal. After discussing our thoughts and history with these particular stories, we also look at Barbara Gordon’s role in each of the stories specifically in Batman #499, Batman #511 and Detective Comics #680. Be prepared for nerdism, continuity debates, references to pop culture and music and much much more! Stay tuned at the end for some conversations that did not make the cut!