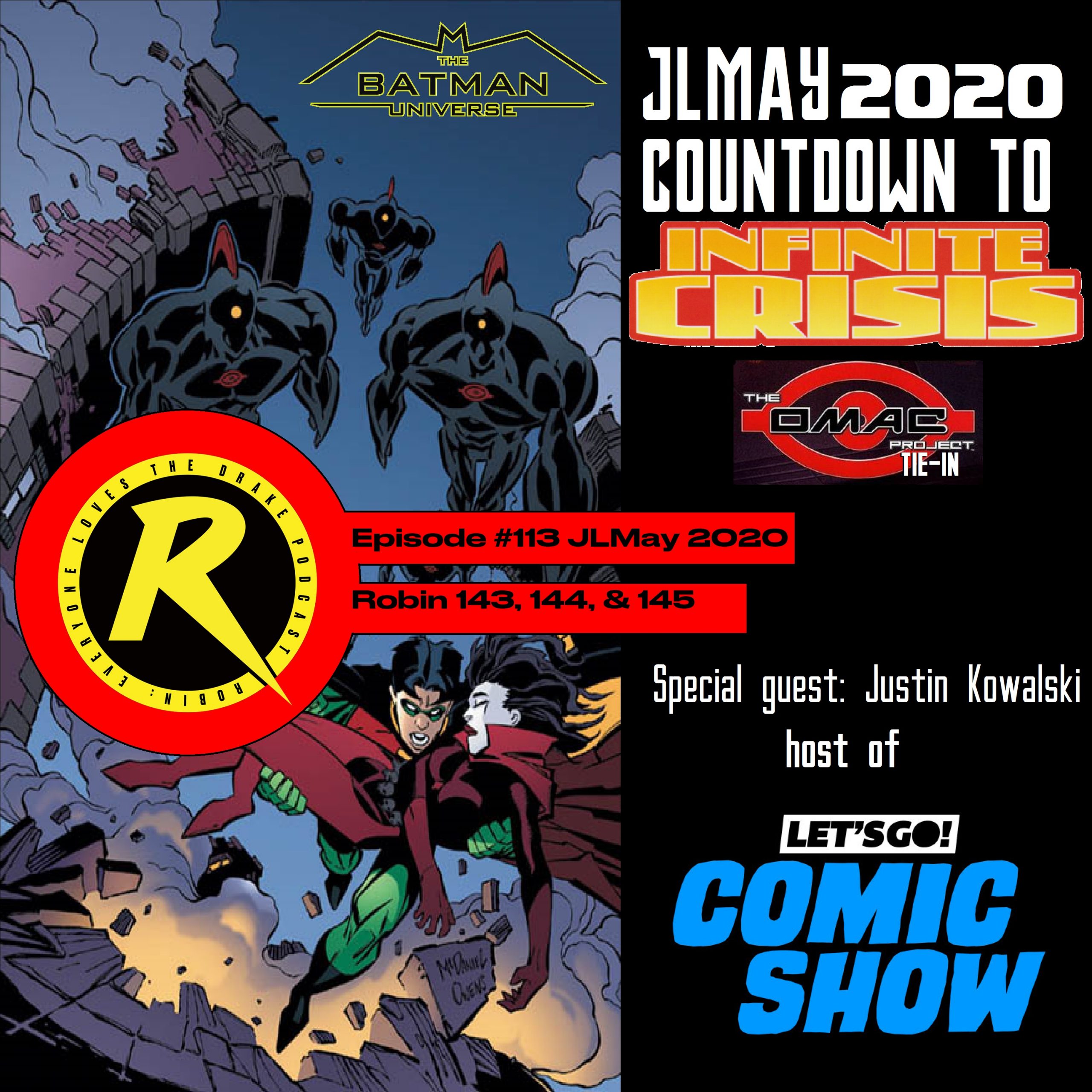 JLMay is here! The Drake takes part of their first JLMay crossover event. This year’s event is Countdown to Infinite Crisis. We decided to bring a rad friend to help us with this event, Justin Kowalski of the Let’s Go Comic Show! Justin helps fill in holes from the multiverse. Rob, Terence, and Justin well be looking at Robin’s part in the crossover and also discuss Dan Dido. We leave our current timeline on the podcast of April 1996 and jump to December 2005 to the O.M.A.C Project. So dig a bit farther back in your long boxes for Robin #143-145. Brother Eye is coming and Robin is bringing an army! JLMay starts NOW!