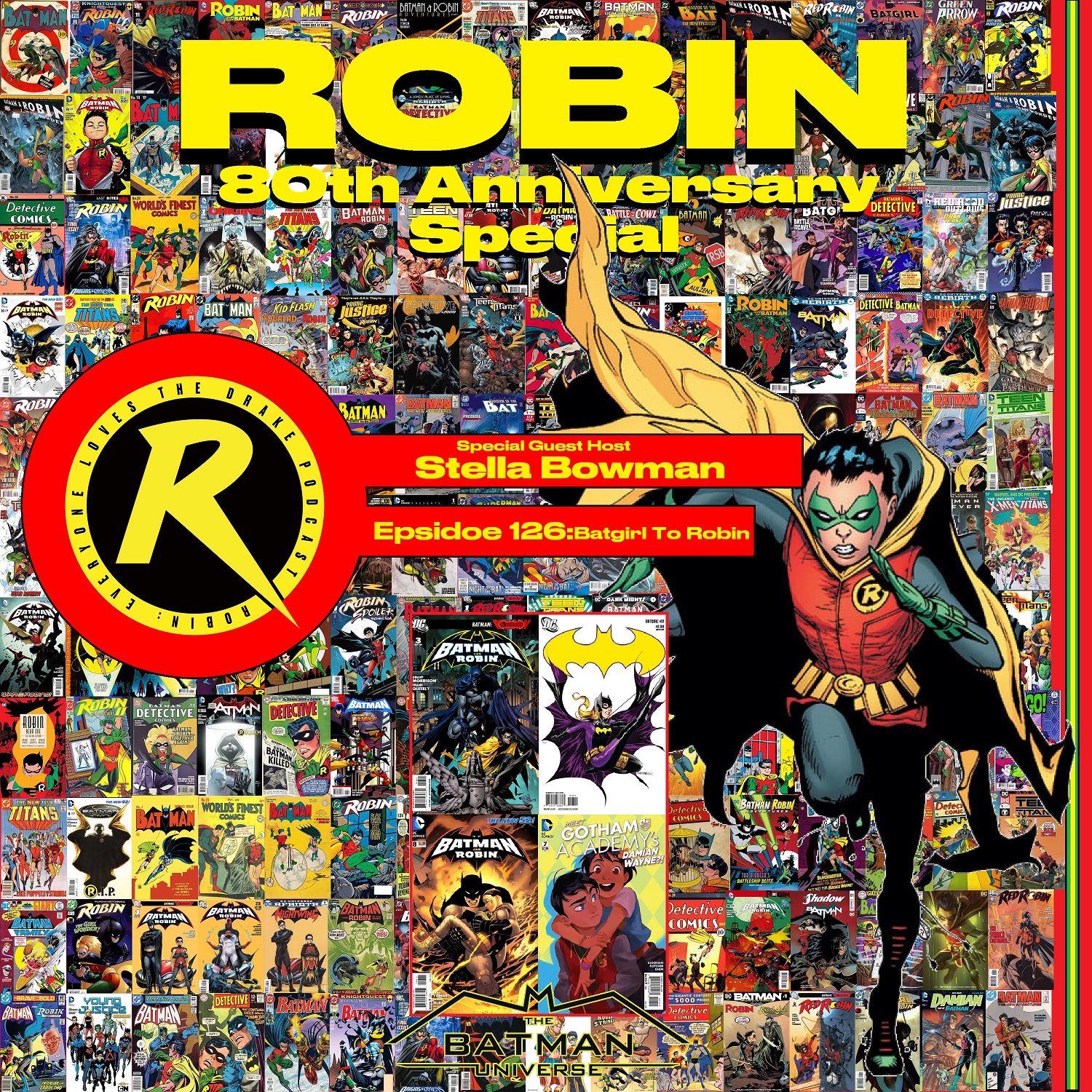 We have reached the final special guest edition of the year for the eightieth anniversary of Robin. If you saw the run time of the episode, you might have guessed that this episode is longer than normal. That is because our guest is no stranger to long episodes, Stella Bowman, host of Batgirl to Oracle. Stella chooses four books to discuss including Batman and Robin #3, Batgirl #17, Batman and Robin #8, and Gotham Academy #7. If you haven’t figured out the connection of the issues, it is none other than Stella’s favorite Robin, Damian Wayne. Give this episode a listen and find out why Stella loves the Wayne.