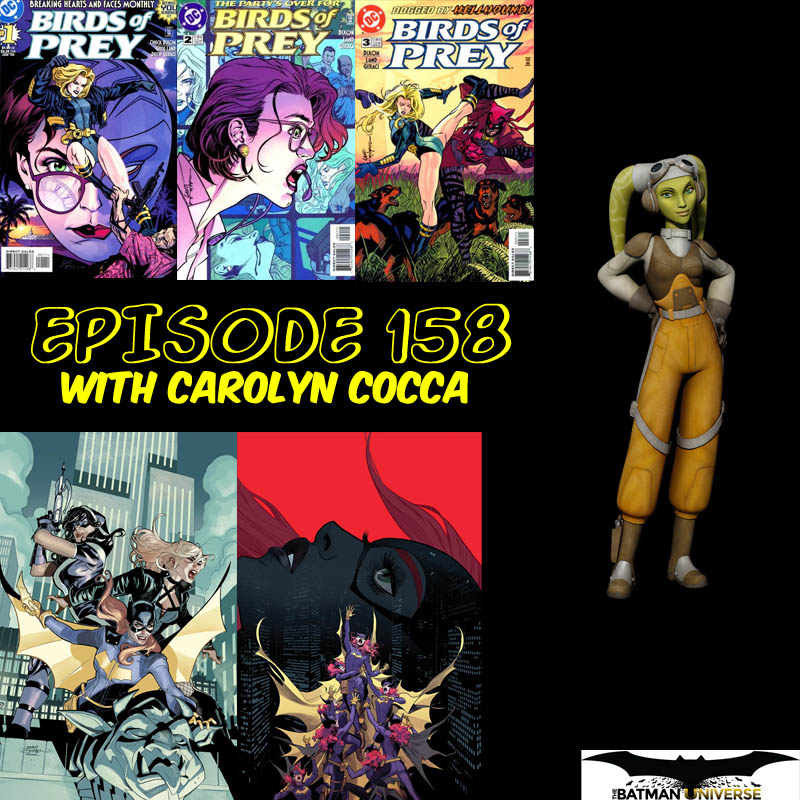 Guest-starring Carolyn Cocca! After some discussions on “Star Wars: Rebels”, Carolyn and I delve into the future of Batgirl in the comics and the silent departure of Hope Larson as the writer on the series. We then discuss and review the first three issues of the 1999 Birds of Prey ongoing series. Carolyn responds to some listener feedback, and we then continue our reviews with the series finale Batgirl and the Birds of Prey #22 and Batgirl #75/23. Chris gives his Batman Adventures review, I present my Anime Watchlist, and Carolyn and I finish the episode with some literature recommendations.