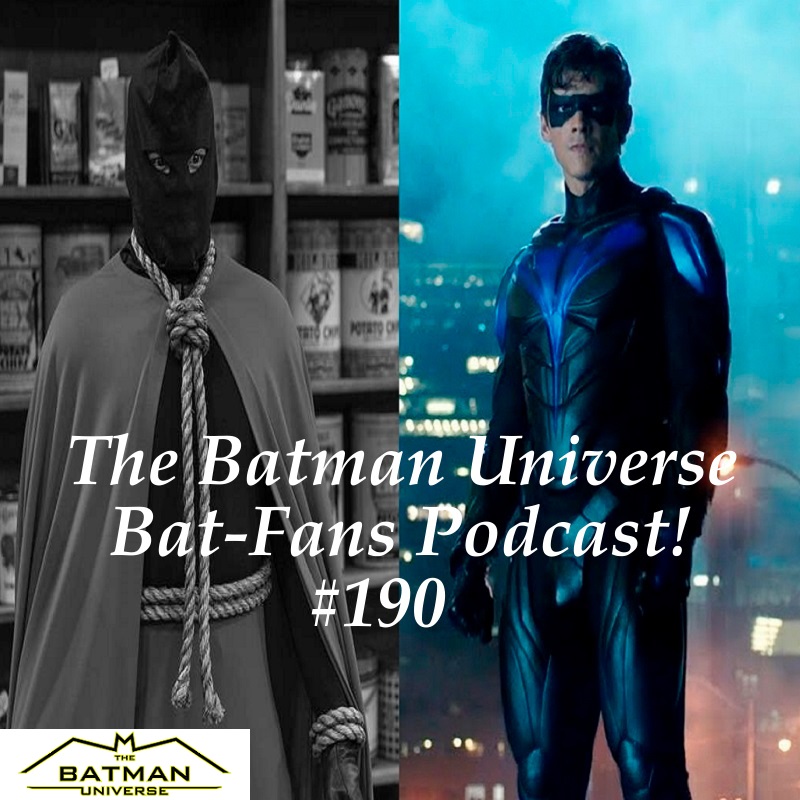 It’s all about television in this latest episode, as Dane and Tim review the second season finale of Titans, the premiere of the Harley Quinn animated series, and discuss the latest episodes of Watchmen and The Mandalorian. They also talk about John Turturro being cast as Carmine Falcone in Matt Reeves’ Batman film, the first image of Kevin Conroy as Bruce Wayne in Crisis on Infinite Earths, and Tim reviews the very emotional issue of Batman #83.