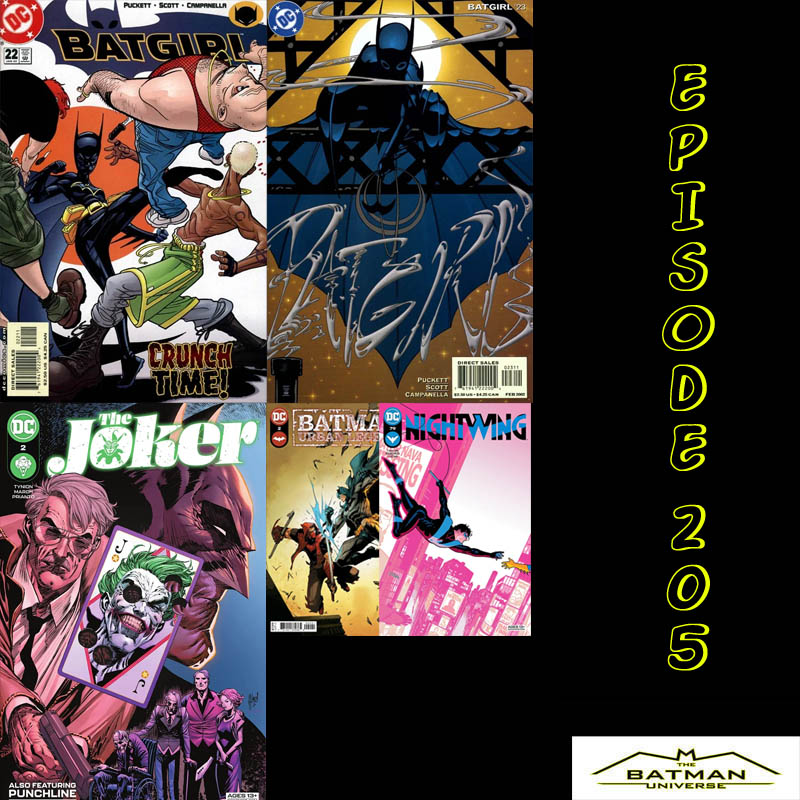 After simultaneously wishing my former beloved Donovan a “Happy Birthday” and calling him out for his betrayal of Cassandra Cain, I do several “quickies” including Batman: Gotham Knights, Nightwing, and Robin before focusing on Batgirl #22-23 (2002). In the second half, I speak about…heroic artichokes? Yes, indeed! After telling THAT story, I go through modern “quickies” including Batman #106?-107, Nightwing #78-79, Batman: Urban Legends #2, and The Joker #2. I focus mostly on the “new costume” debuted in Urban Legends and the “revelation” in Joker.“Shag’s Mac and Cheese of Comfort and Joy,” my anime watchlist, and literature recommendations also appear.