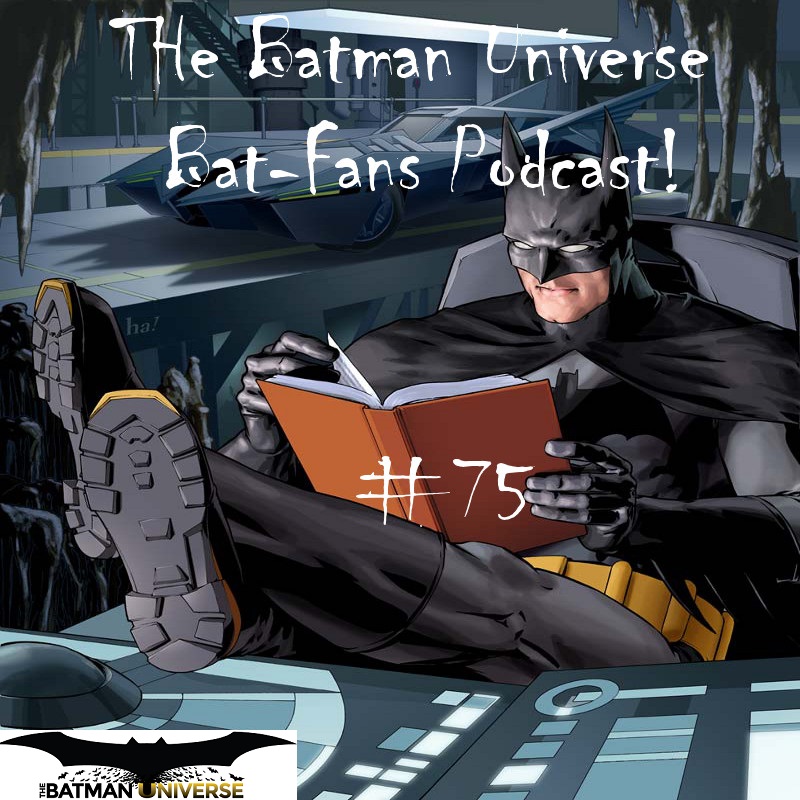 In episode 75 of the Bat-Fans Podcast, Dane and Tim give their picks for the best Batman comics for new readers to jump onto, talk about John Grayson being cast in “Gotham,” the newly announced voice cast and trailer for the new animated movie “Batman Vs. Robin,” Tom Hardy leaving the Suicide Squad movie, scary scenes from “Jaws” that Tim’s parents had to edit out for him as a kid, read some listener feedback and review some Batman comics!