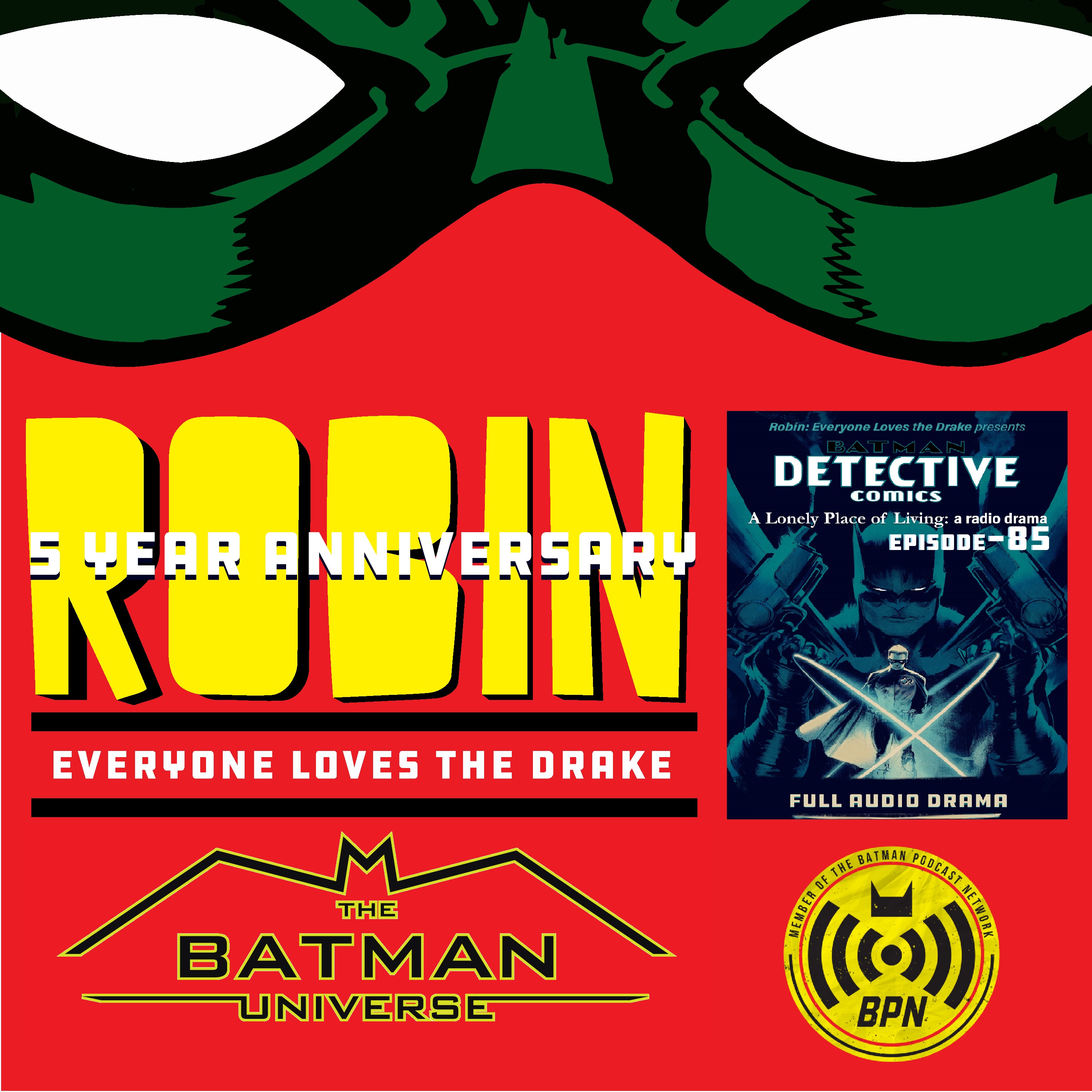 On December 13, 2013, the very first episode of Robin: Everyone Loves the Drake was released on The Batman Universe. I thought I wonder how long I’ll do this. Maybe I’ll stop once I finish Year Three and the ‘A Lonely Place of Dying’ storylines. I had the first ten episodes mapped out, but that was it.

Terence came on as a guest host on the fifth episode and I loved having him on the show. I thought it would be great if he wanted to do this with me and to my delight, he did. After a dozen more guest spots, he became a full-time co-host on Episode 32. A couple of episodes later, Ryan jumped on as a guest host, and by Episode 49, he went full-time too.

Now there were three of us, all fans of Tim Drake, reading and discussing his adventure in the pages of DC Comics and making each other laugh along the way. We would go on to interview Chuck Dixon, Denny O’Neil, and James Tynion IV.

Earlier this year, I released the four biggest episodes of the show; the four-part radio drama from James Tynion’s Detective Comics run. ‘A Lonely Place of Living’ came to be as I pulled talent from fellow podcasters who I admired and respected to help me achieve this task. This is our fifth anniversary, and as a thank you to everyone that has listened to this show grow, the radio drama in its entirety is being released to you as one long episode! I hope you enjoy the full drama and thank you to everyone for taking the time to listen for the last five years why EVERYONE LOVES THE DRAKE!!!

batman: a lonely place of livingrobin (tim drake)robin: everyone loves the drake