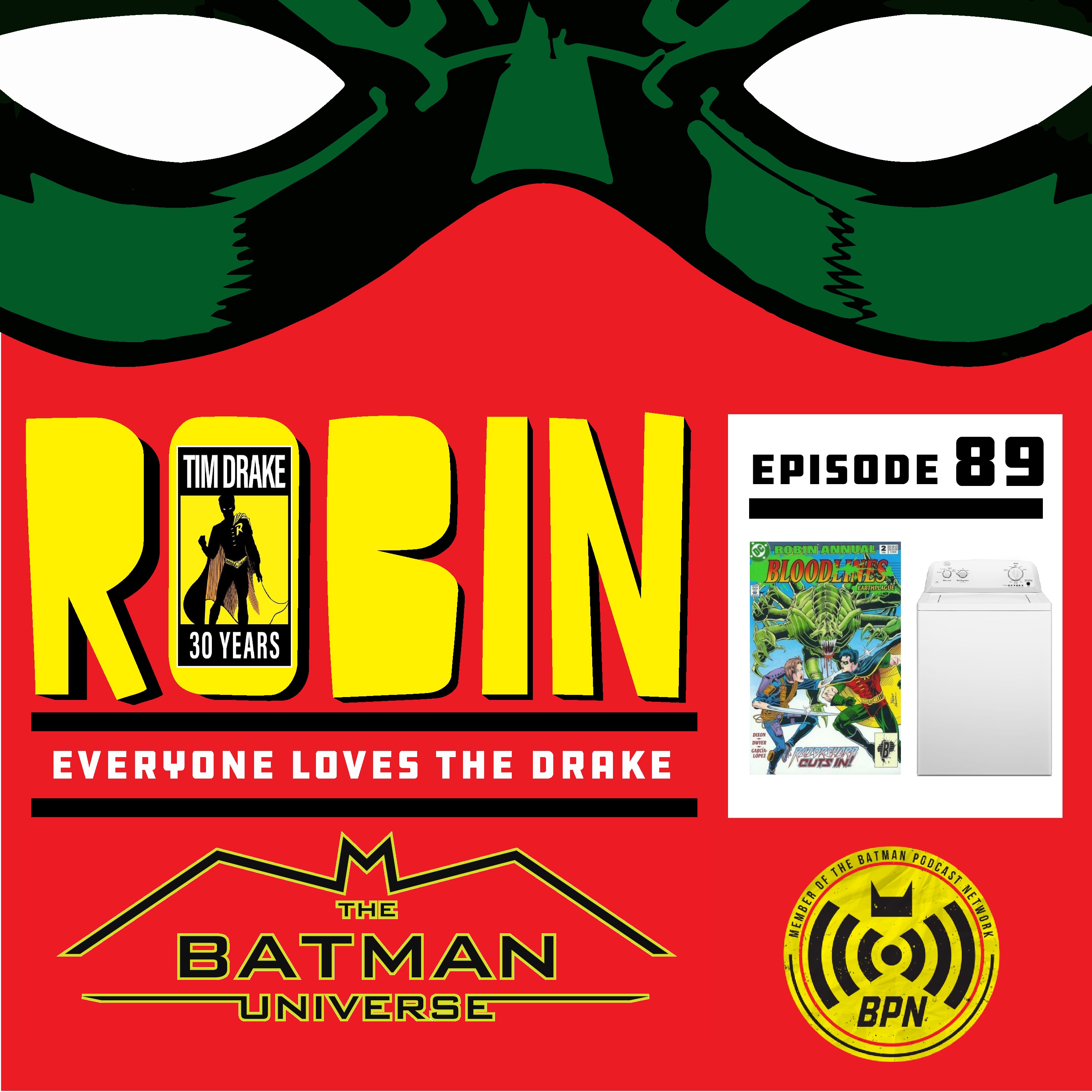 The number 89 is a great number if you’re a Batman and Robin fan. 1989 was the release of the Michael Keaton Batman film and the year Tim Drake first appeared in the comics, making it the 30th Anniversary of both of these things from the Batman Universe. Rob and Terence discuss everything 1989 by talking about Mattel announcing their latest Multiverse Nostalgia Wave of action figures for Batman ’89, the reveal of Tim Drake’s Rebirth Red Robin action figure from Toy Fair, and discuss the ‘89 film. And since they are on a nostalgic kick, Terence and Rob go back to 1993 to review a book they missed; Robin Annual #2 which was part of the Bloodlines crossover. Oh, and they get attacked by a washing machine….Hard to believe? Be sure to listen until the end!