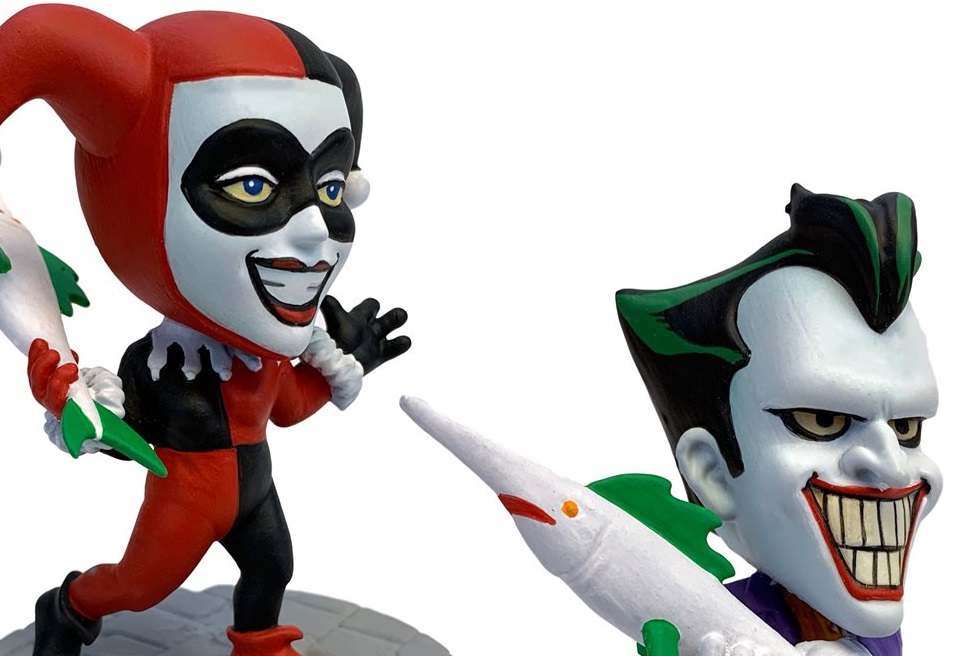 Last year, TBU brought info on Factory Entertainment’s REVOs line which added Joker and Harley Quinn to the series. At the time, no word on the release or cost was announced. Now more than a year later, new info comes via Entertainment Earth as they have just become available for preorder. Both figures measure about four inches tall. They are priced at $25.99 for the set and are expected to ship in January 2021. You can preorder the set over at Entertainment Earth now. REVOs are the world’s first vinyl figures with a unique twist—collectability and play value! Unlike any other popular vinyl figures, Revos incorporate Factory Entertainment’s special “spin”– movement. The secret—a proprietary, self-righting mechanism built into the base of every Revo, which allows the figure to revolve, rock and wobble. Collectors can face their favorite characters off against each other in head to head Revo battles and/or build a pop-culture army that’s always on the move. You can spin’em, rock‘em, knock’em and revolve’em , but you literally can’t put them down! Fans of the hit DC Comics will love these 4-inch vinyl REVO figures.