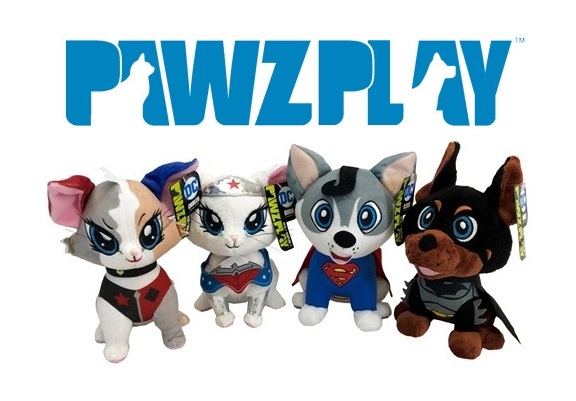 A new plush line is coming from Factory Entertainment called Pawzplay, featuring kittens and puppies dressed as DC Super Heroes and Villains. Each plush figurine stands about 8″ tall. The first group includes Diana (Wonder Woman) the Persian, Harley (Harley Quinn) the Calico, Bruce (Batman) the Doberman and Clark (Superman) the Husky. They come as a set priced at $60. They are planned to release later this month. There was also some other characters revealed that may be featured in an upcoming wave including Joker, Catwoman, and Batgirl, but there has not been an announcement regarding their release.