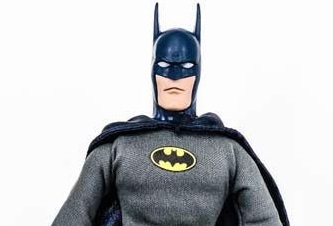 Figures Toy Company has released details for their latest Batman figure, which features Batman as he appeared in the early ’80s in the Batman and the Outsiders comic series. At this point, the figure has just been announced and does not have a release date or price. You can check out their model for the figure below.