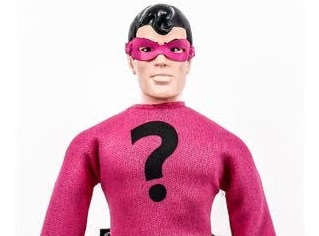 Figures Toy Company has released details for their latest figure which is the Riddler based on his appearance in The New Adventures of Batman from 1977. It is set to stand about eight inches and will feature a removable jumpsuit, mask, and belt. At this point, the figure has just been announced and does not have a release date or price. You can check out their model for the figure below.