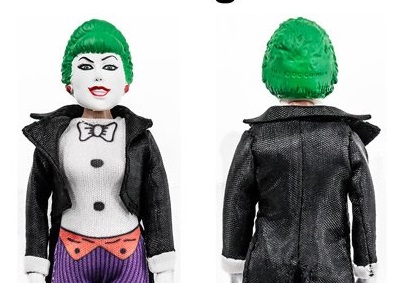 Figures Toy Company has released details for their latest Retro Teen Titans figure, which features Duela Dent available in four different costumes. The figure measures seven inches and features real fabric costumes featuring Riddler, Penguin, Scarecrow, and Catwoman. The figures are expected to be available in August and are normally priced at $29.99 each. While there is not a way to preorder now, watch Figures Toy Company in August for them to become available. Check out pictures of three of the four variants below.