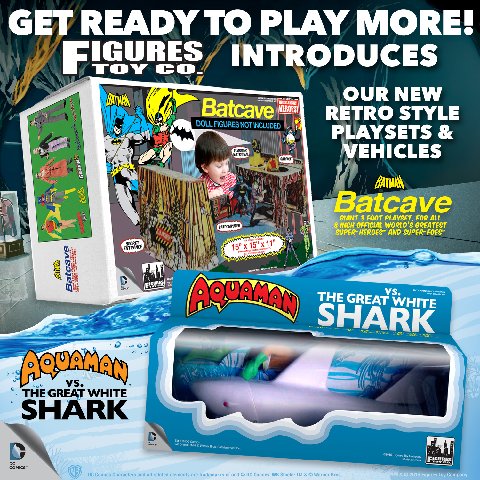 The original Mego Batcave was exteremly popular when it released in the 1970’s. They also revealed some of the functions that are included in the playset.

The flashing Battery Operated Batsignal, Batpole, Batcomputer, and Secret Entrance (to keep those pesky villains out) features are all present here in Batman’s lair. Collectors can get ready to clear some shelf space, as The Batcave is a giant 3 foot playset that can be utilized with any of Figures Toy Company’s 8 inch retro action figures!

Also announced was an Aquaman vs The Great White Shark playset. Both sets will arrive later this year.