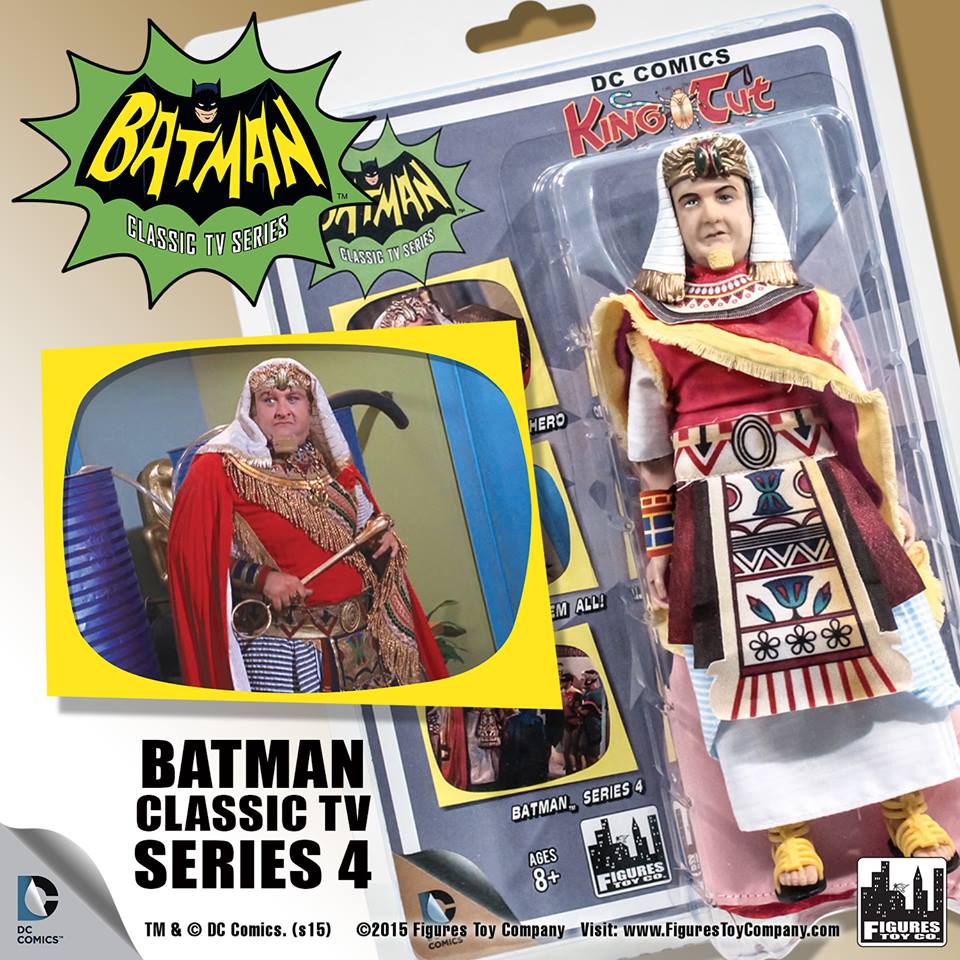 Figures Toy Company has announced the characters that will be featured as part of the fourth series of their Batman Classic TV Series. They include Alfred, Mr. Freeze, Bookworm and King Tut.

Here is the official announcement:

Holy Bat-toys, Batman!  Figures Toy Company is sending out the signal for another retro figure release featuring characters from the beloved Batman television series!  Arriving later this year will be the 4th Series of Batman Classic TV retro action figures, and it will introduce four brand new characters into the line!

That’s right, four characters are making the jump from television to the toy shelf: Bruce Wayne’s closest confidant, Alfred, will be available in the fourth wave, as will three of the Caped Crusader’s most notorious criminal foes!  Gotham’s coolest crimelord, Mr. Freeze, the brainy Bookworm, and the treacherous King Tut will complete Series 4, giving collectors more retro action figure rogues for their collections!  Each figure will be highly detailed with cloth outfits and head sculpts done by Danny “The Farrow” Anniello!

You won’t have to travel down to Gotham City to get your hands on these characters…they’ll be available directly thru Figures Toy Company (www.figurestoycompany.com).  Stay informed on release dates, product images, and much more by visiting their site and following them on social media!  For additional updates, including exclusive Figures Toy Company retro figure news, use the hashtag #MMFTCNEWS on social media!