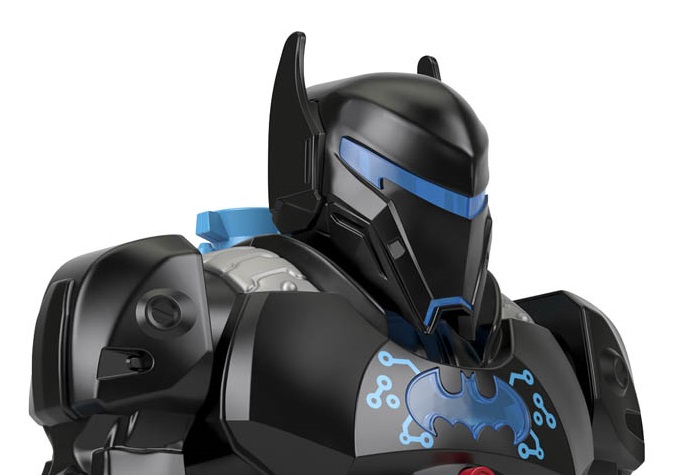 Fisher-Price is joining the reveals for 2021 by revealing one of its major offerings for later this year. Mattel’s Fisher-Price brand will be offering a very unique item through the Imaginext line which will feature a massive transforming robot. The Fisher-Price Imaginext Bat-Tech BatBot seems to combine various features of past items together for a new experience for children.

Just over a month ago, details were released for the Bat-Tech theme that would be present in a lot of different items featuring the Batman Universe. It is already known that Spin Master has figures featuring the new theme on shelves and it also plays into some of their major releases later in the year with the Batcave and the All-Terrian RC Batmobile. And while figures haven’t hit shelves from Fisher-Price featuring the Bat-Tech theme, this new BatBot implements the theme front and center with its color scheme.

The new BatBot looks like it has elements from past transforming BatBots, with the original coming in a black and blue color scheme and a later variant being released featuring black and red. This new Imaginext Bat-Tech BatBot, however, looks much larger than the previous BatBots. From the picture, you can tell it is much larger because of the standard figure standing next to it. 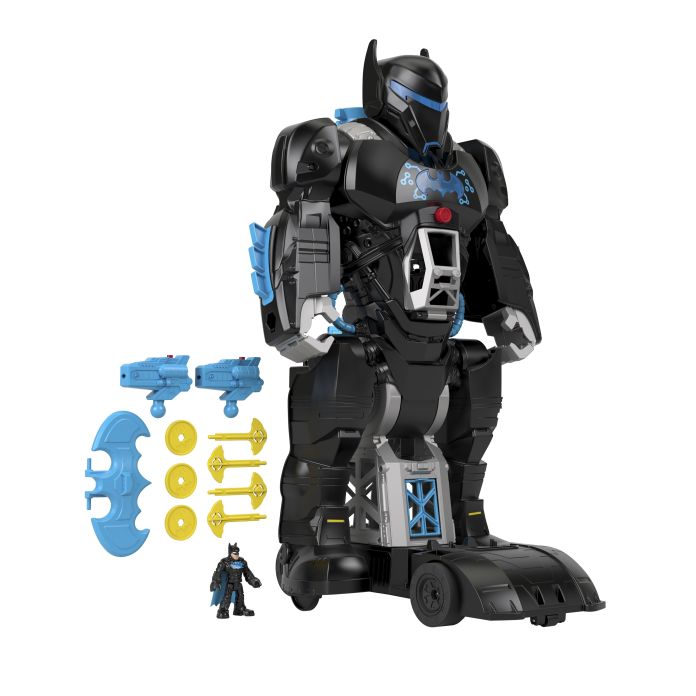 The new BatBot will include the ability to transform the robot “into flight mode with awesome lights, sounds, and Batman character phrases.” It is being dubbed as a 2-in1 playset with launchers and even a jail cell to lock up villains. It should hit shelves in late summer, just in time for the holiday shopping season. It will retail for $79.99 with sales bound to happen at the various retailers.

Is this something you are going to add to your child’s collection? Or is this massive BatBot just too big for your home?