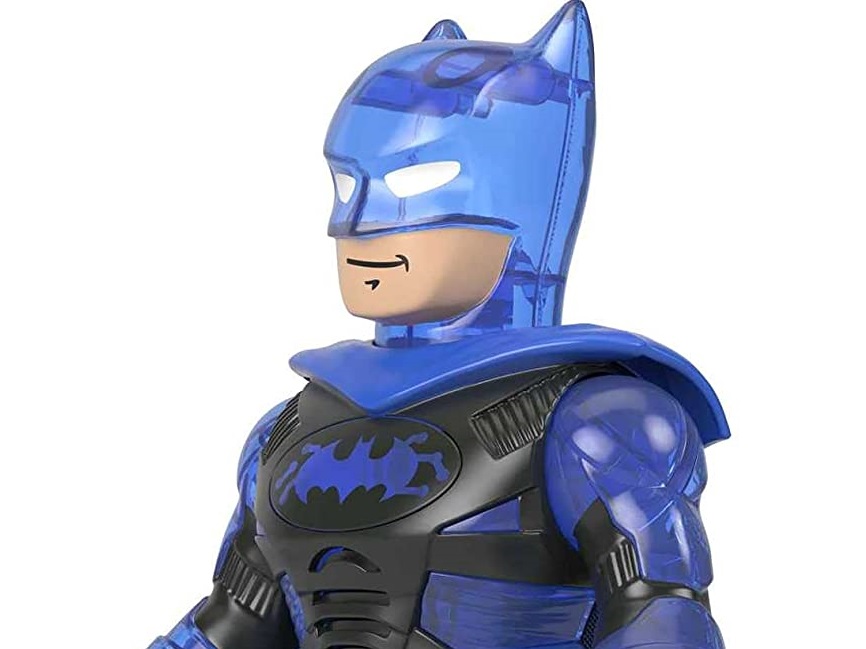 In an update to news we shared earlier this year, Fisher-Price has released details for their latest DC Super Friends Imaginext XL figure, which features a deluxe Bat-Tech Batman. These figures stand much taller than the standard Imaginext figures, which makes them great for younger Bat-Fans. Standing at about ten inches tall, this new deluxe figure features a button to play various sounds and phrases. This new figure is available now for around $16 through Amazon, or for preorder through Entertainment Earth.

Kids can create big-time adventures with this extra-large Batman figure with cool lights and sounds. Press the button on the figure’s utility belt to see his chest light up with action sounds and real Batman phrases. The figure stands 10 inches tall with a moveable head, shoulders, wrists, and legs for more realistic action. Deluxe Bat-Tech Batman XL is easy for smaller hands to grasp and move, and comes with a soft fabric cape. For preschool kids ages 3-8 years.