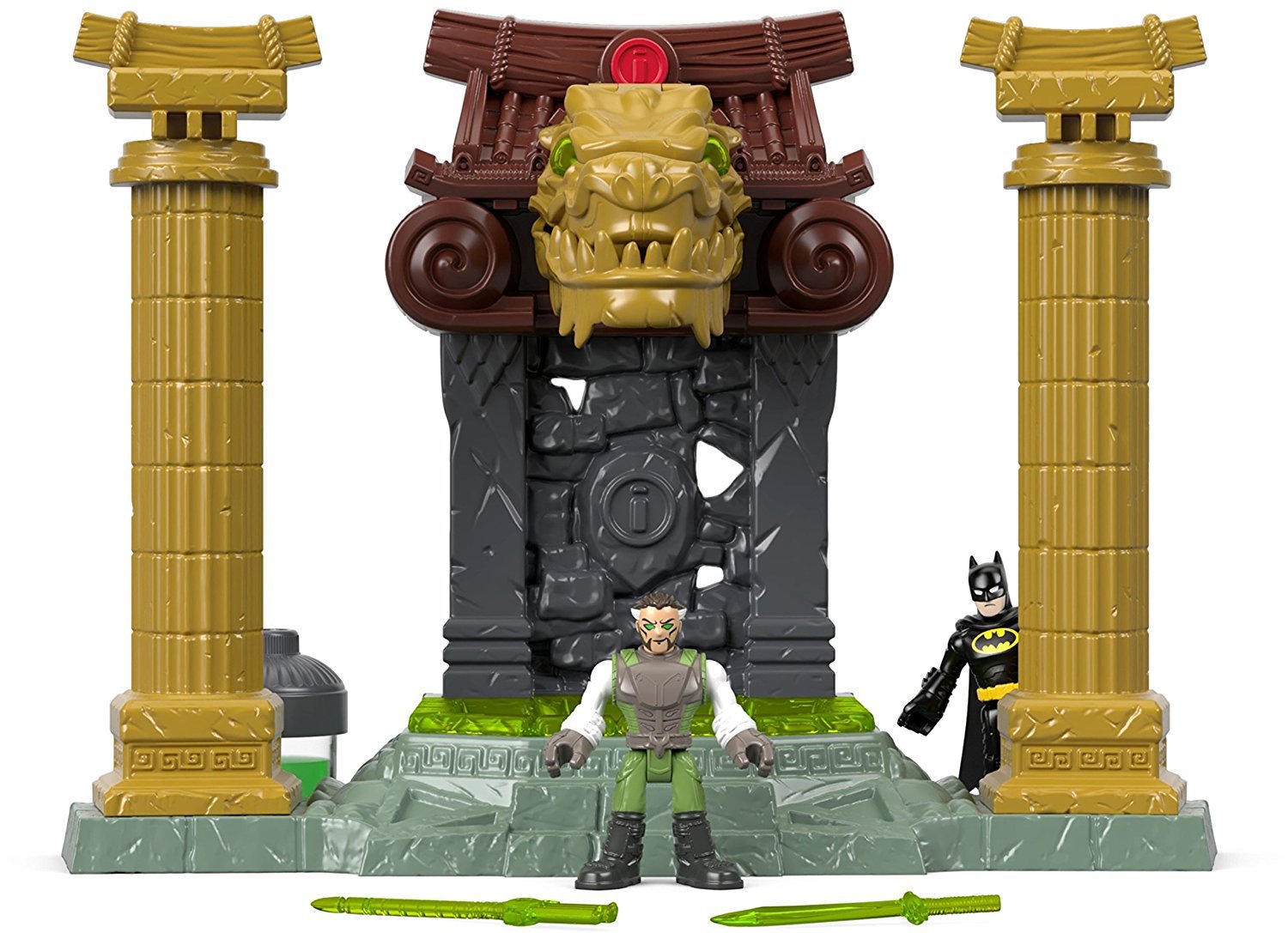 I know I find these Imaginext toys adorable, and this set won’t disappoint. Fisher-Price has released a new playset called Batman Ooze Pit which includes Ra’s al Ghul and resembles a Lazarus Pit. As part of their Imaginext line, it also includes a Batman figure as well as slime. You can order yours now from Amazon.

Young crimefighters can create all sorts of exciting battles with the DC Super Friends Batman Ooze Pit. Kids can help Ra’s al Ghul tap into the power of the ooze and launch into battle with the Caped Crusader. Will this extra boost of fighting force help the Super-Villain defeat Batman? That’s for your young Super Hero to decide!

Ra’s al Ghul hopes the power of the ooze pit can help him finally defeat the Caped Crusader. Pour the green ooze into the dragon’s head, then press the red button to send it flowing down on the figure in the center. Can Batman defeat this extra-powerful Ra’s al Ghul? That’s for your young Super Hero to decide! Fisher-Price Imaginext Imagine What’s Next!