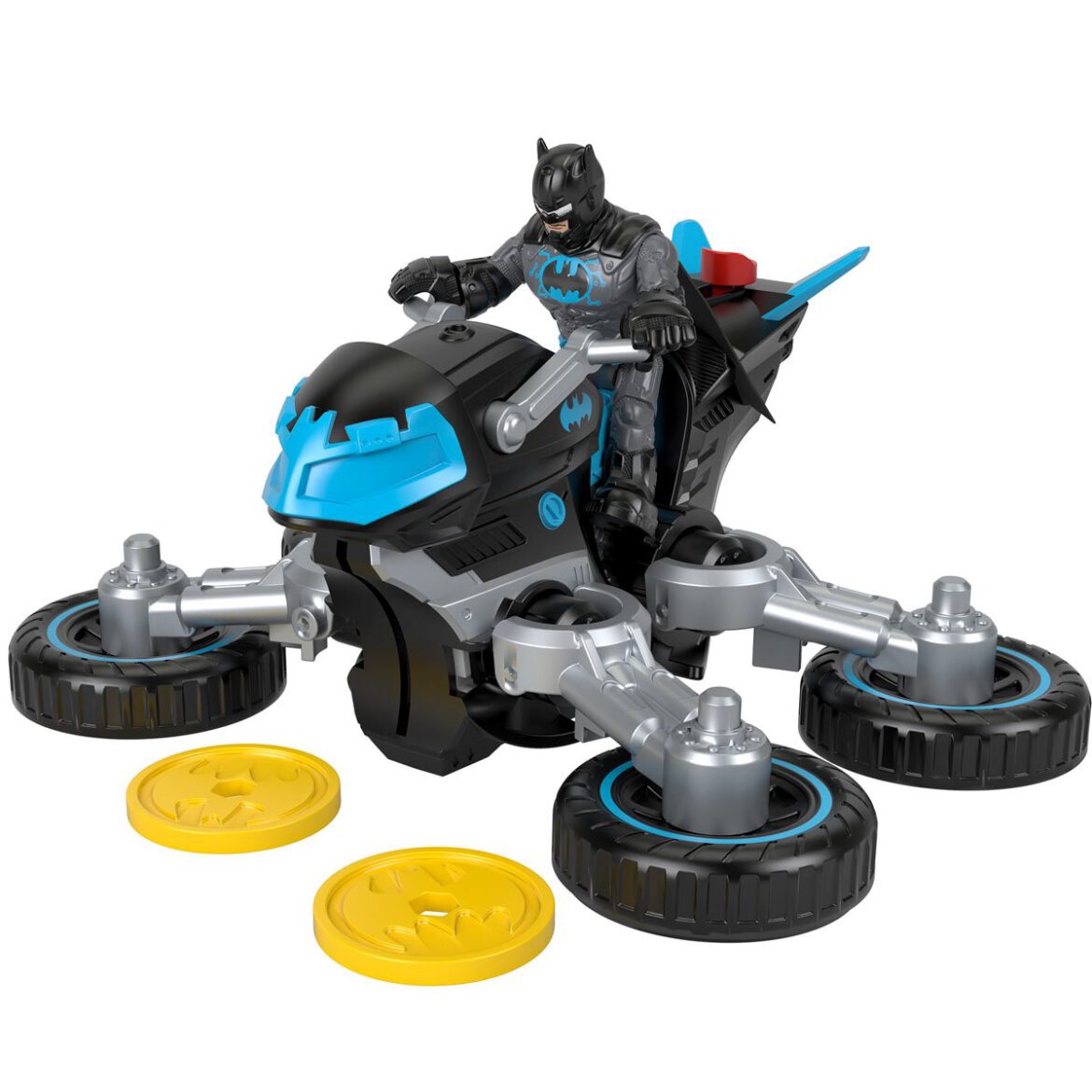 Over the past month, we have brought you a number of new Fisher-Price Imaginext Bat-Tech toys from 2021 including a giant BatBot and XL figures. After scouring the internet, there are a few more items that are coming, or in some cases already available. These Imaginext Bat-Tech items include everything from a new Batcave to a number of new vehicles for 2021. We will provide links to purchase the items below along with the individual item details. 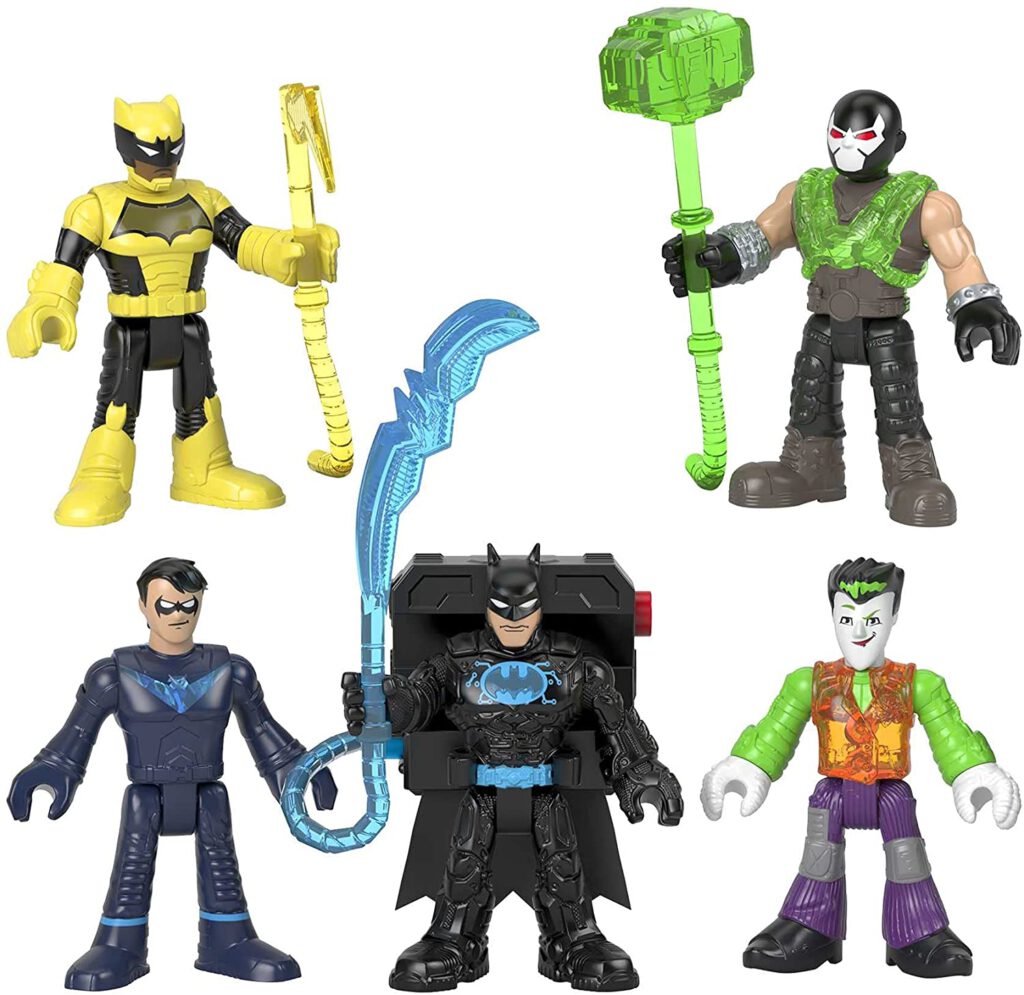 Figure set featuring Bat-Tech Batman, Nightwing, The Signal, Bane, and The Joker figures with clear chests, plus a light-up backpack. Place the backpack on each figure’s back and press the button to see their chests light up! Plugin the battle accessories to see them glow, too. Move the figures’ arms and legs for more realistic action. Bring these figures to the Imaginext DC Super Friends Bat-Tech Batcave playset for more light-up action! (Playset sold separately and subject to availability.) For preschool kids ages 3-8 years.
Price: TBD
Order now on Amazon 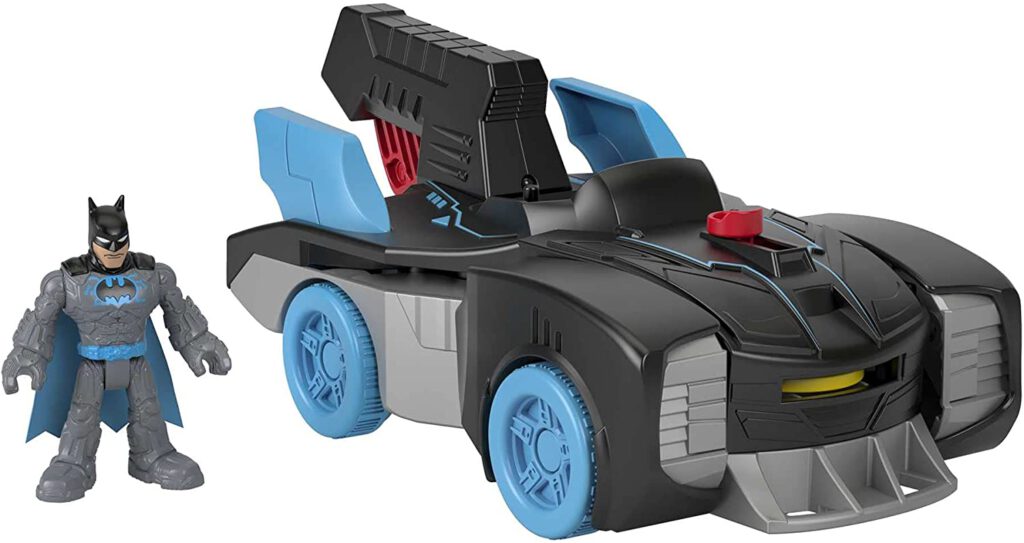 Batman can protect the streets and skies of Gotham City with this transforming Batmobile vehicle and figure set. Press the trigger to transform the vehicle into flight mode and send projectiles flying from the hidden launcher. Place the figure in the driver’s seat and press the trigger to see his chest light up! Bring this figure to the Imaginext Bat-Tech Batcave for more light-up action. (Playset sold separately and subject to availability.) Set includes transforming Batmobile vehicle, Batman figure, and 2 disk projectiles. For preschool crime-fighters ages 3-8 years.
Price: $21.99
Order now on Amazon 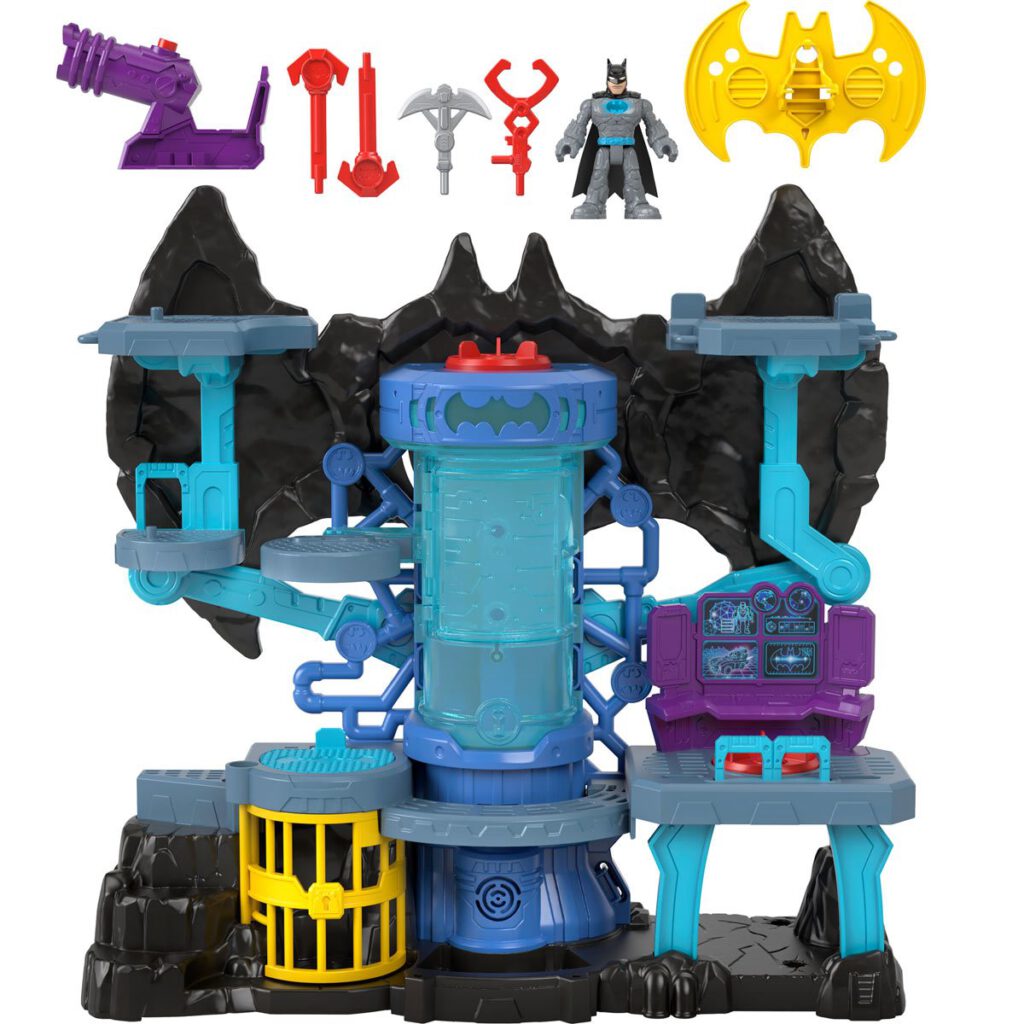 The secret lair of Batman comes to life with cool lights and sounds with this Imaginext Bat-Tech Batcave playset. Place the figure in the power chamber & turn the Power Pad for cool lights and “charging” sounds. Turn the top Power Pad to tilt the bat symbol and move the platforms to the projectile launcher or Batwing up and down. Comes with a Batman figure, Batwing, launcher, 2 projectiles, and 2 battle accessories. For preschool kids ages 3-8 years.
Price: $49.99
Preorder at Entertainment Earth or order on Amazon

Zoom on land or soar through the air with this DC Super Friends Batcycle vehicle and figure set. Transform the Batcycle from a motorcycle to a hover bike at the push of a button. Launch projectile disc from the hover bike. Includes Batman figure in cool Bat-Tech colors. Great gift for preschool kids ages 3-8 years.
Price: $14.99
Preorder at Entertainment Earth or order on Amazon 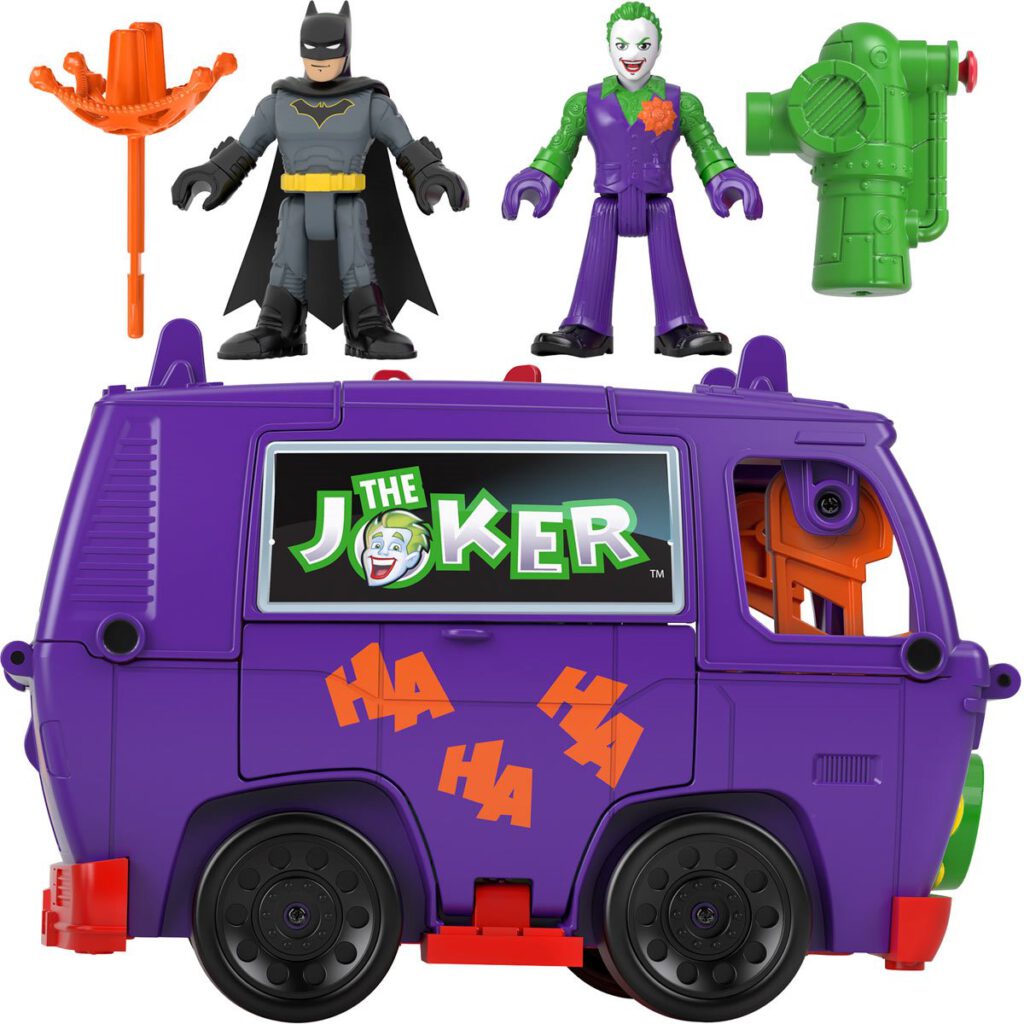 The Joker is on the loose! Will Batman catch him before he escapes? That’s up to kids to decide with the DC Super Friends Imaginext The Joker Van HQ Vehicle Playset! Little superheroes can place The Joker in his push-along van and race away. Then, open the van’s front and back to transform the vehicle into a super-villain headquarters playset. When Batman catches up, kids can help The Joker launch a net projectile from the roof of the van to trap the figure. Makes a great gift for preschool kids ages 3 to 8 years old.
Price: $29.99
Preorder at Entertainment Earth