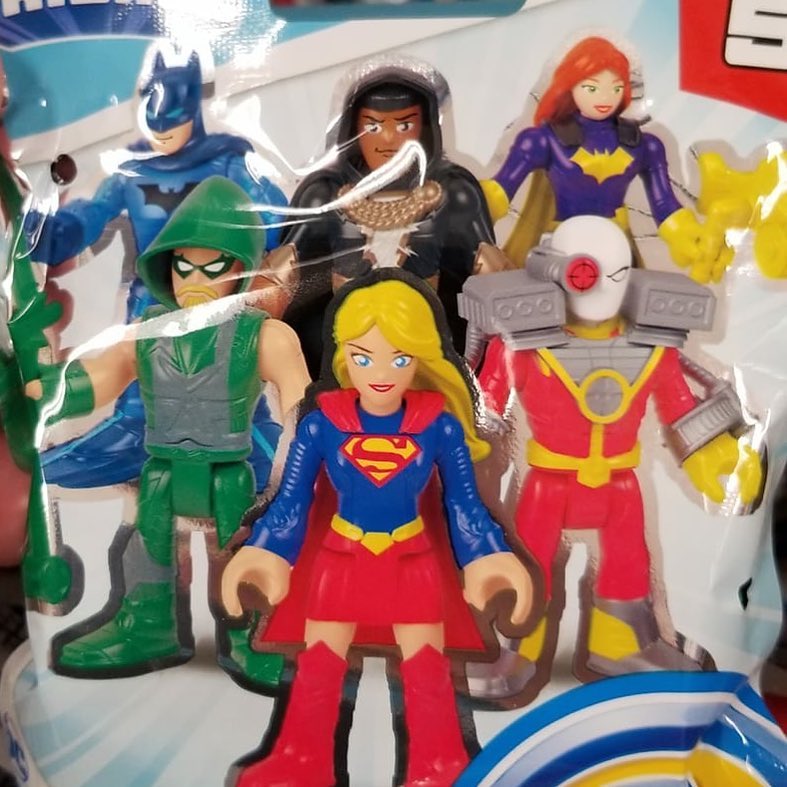 Next time you’re at a toy store, be on the lookout for the new wave of Imaginext DC Super Friends Blind Packs which should be in stores now. According to a post from an Imaginext fan account, the fifth series of randomly packed figures includes Scuba Batman, Black Adam, Green Arrow, Supergirl, Deadshot, and Unmasked Batgirl. Of note is the Batgirl figure is based on her Burnside look while the Green Arrow figure features a removable cloth hood. The figures are intended for younger fans but that doesn’t mean they can’t find their way into your cart. Let us know which figure you hope to scoop up in the comments below.