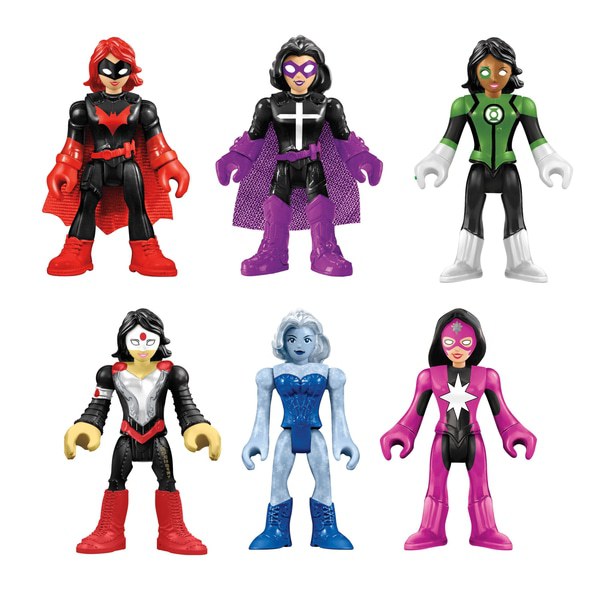 In what may be a first for Fisher-Price’s Imaginext line, there will soon be an all-female character 6-pack! The new Imaginext DC Super Friends 6-pack will feature Batwoman, Huntress, Katana, Killer Frost, Star Sapphire and Jessica Cruz Green Lantern. Also discovered are a few other 6-packs featuring characters from The Batman Universe. As part of the Legends of Batman sub-line, there is also a heroes pack featuring Robin and Batgirl in their classic costumes along with Batman, Superman, Wonder Woman and the first appearance of Captain Atom. The other six-pack features villains from the Batman Universe all of which have been seen before in the line but feature new molds or paint versions. Included in this pack is Riddler, Deathstroke, Scarecrow, Ra’s al Ghul, Joker, and Poison Ivy. There are also some other new packs featuring some characters including Batman Beyond in his transforming motorcycle, Nightwing and Black Canary in their transforming cycle with sidecar, and Two-Face with his SUV.

No word on when these might be releasing in the US, but they are currently available in the UK.