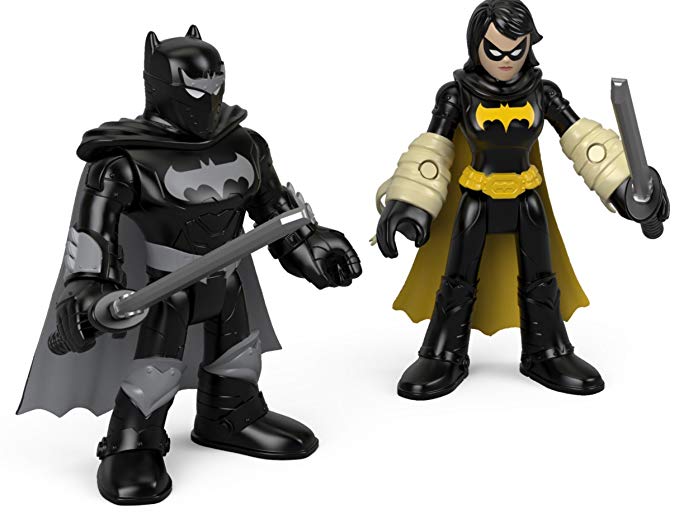 If you’ve been reading our product notices for long you’ll know that Imaginext is a line that I am constantly being impressed with, despite for how long it has been around. Those adorable little figures with amazing designs are just hard to beat, especially with the wide selection of characters available. Well, it looks like they’ve gone and amazed me again, Bat-Fans!

Two new sets are now available.  First up is a two-pack of figures featuring Black Bat and Ninja Batman. Both figures look incredibly slick and come with a sword accessory. This two pack retails for around $6.99 USD. This is the first appearance of Cassandra Cain in the toy line. Next up is a bit bigger. Nightwing uses his glider accessory to take on a nasty ninja. Glider features pop-out wings and firing arrow actions.  Includes two figures and the glider accessory and retails for around $15.99 USD. Both of these sets are now available and are not to be missed for Batman fans who collect the Imaginext line.