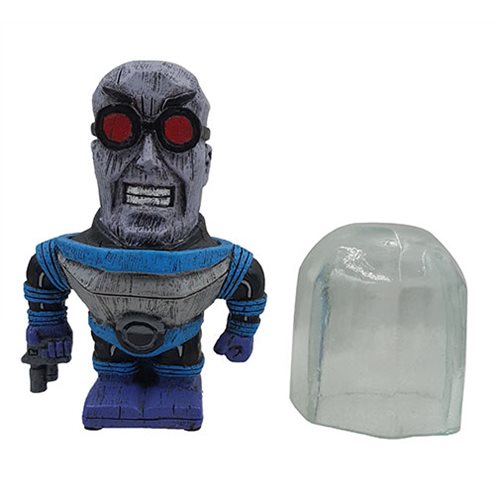 The Eekeez line of mini-figures from FOCO is bringing some fan-favorite super-villainy to their lineups. Straight from Batman: The Animated Series comes three of Gotham’s most villainous–Scarecrow, Clayface, and Mr. Freeze. But they aren’t alone. Batman himself will also be swooping in to join the collection.

These exceptional poly-resin figures stand approximately four inches tall.  Each figure features an amazingly detailed head sculpt, as well as detailed features throughout.  Mr. Freeze even features a removable helmet! Priced at $14.99 each, these are all expected to ship this June. You can pre-order Mr. Freeze, Clayface, Scarecrow and Batman over at Entertainment Earth now.