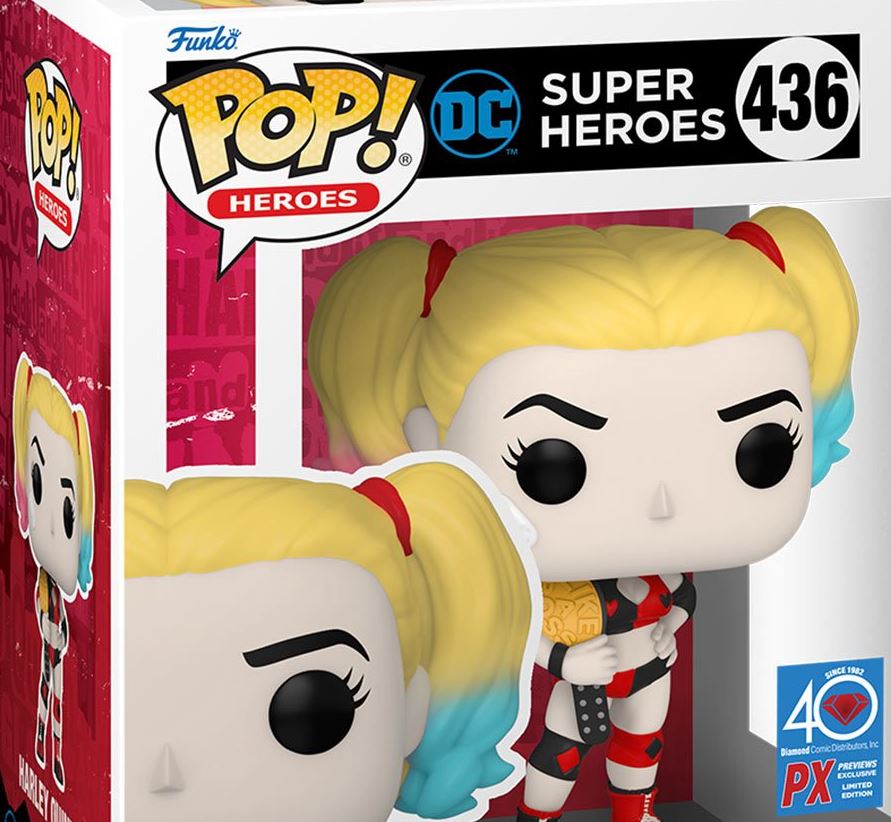 Funko has revealed a new Pop vinyl figure featuring Harley Quinn as a wrestler with a championship belt. The version of Harley seems to be based on her appearance in Harley Quinn #73, where she was wrestling. But more specifically, there was a variant for the issue done by Frank Cho that influenced the design of the new Pop figure. 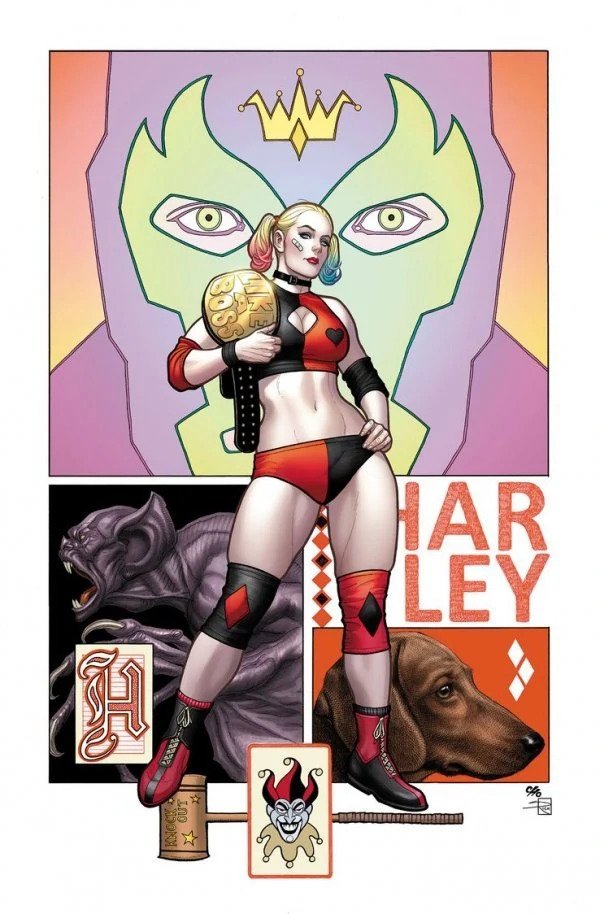 The new Pop figure is the standard size of just under four inches tall and comes in the collector-friendly window box. It is a Previews exclusive figure, which means it is available at select retailers. It is priced at $14.99 and expected to ship in August 2022. You can preorder the Pop figure at Entertainment Earth. 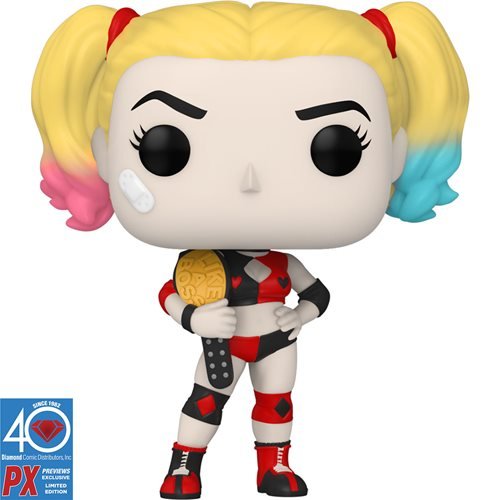 Hit ’em where it hurts, Harley! Pin down this Previews Exclusive Pop! Vinyl figure! Gotham’s glamorous grappler with a  championship belt! Based on Harley Quinn’s appearance in DC Comics.

Previews Exclusive! Harley Quinn enters the ring! This showstopping DC Comics Harley Quinn with Belt Pop! Vinyl Figure – Previews Exclusive is ready to hit ’em where it hurts. The Queen of the Ring features wrestling attire and a championship belt. Plus, Gotham’s glamorous grappler stands about 3 3/4-inches tall and comes packaged in a collector-friendly window box. The countdown to add this top contender to your collection has begun, so get your order in now!