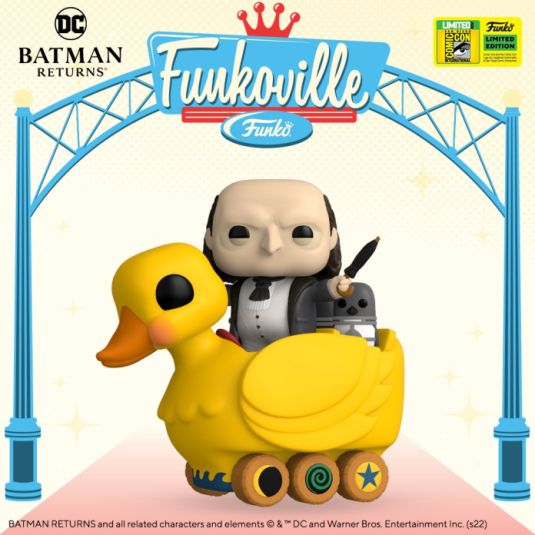 After a two-year hiatus, due to the pandemic, San Diego Comic Con is back!! Of course, this means that Funko is coming out with exclusive figures for fans to pick up. Fans of the Batman Universe can look forward to a Funko SDCC exclusive Penguin Pop figure. The Penguin Pop figure is featuring the Penguin from Batman Returns and comes in his duck car from the film. So if you are at the convention, you will have the ability to pick up the figure. But the Funko Penguin SDCC exclusive Pop will also be available at a variety of retailers across the world. In the United States, Germany, Austria, Ireland, Italy, and Switzerland, Gamestop is the shared retailer. France is Micromania, and England is Game. The figure will also be available via Funko’s European website for the majority of Europe. So hopefully, with lots of ways to get your hands on the Pop, you can add it to your collection.