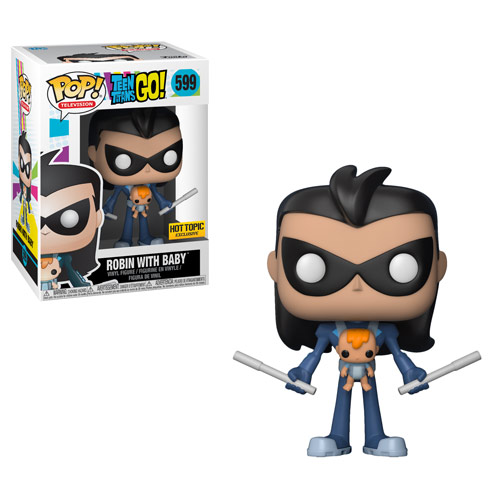 Funko has released images of the newest series of POP figures based on the Teen Titans Go! animated series. The latest wave will include figures like Robin as Nightwing, Robin as Red X, Starfire as Batgirl, and Mammoth.  There will also be store-exclusive figures found in the wave including an unmasked Robin as Red X at Books-A-Million, Robin as Nightwing with baby at Hot Topic, and both Rose Wilson and Raven as Lady Legasus at Toys R Us.

The new series is expected to be available in January. Looking forward to adding any of these to your collection?