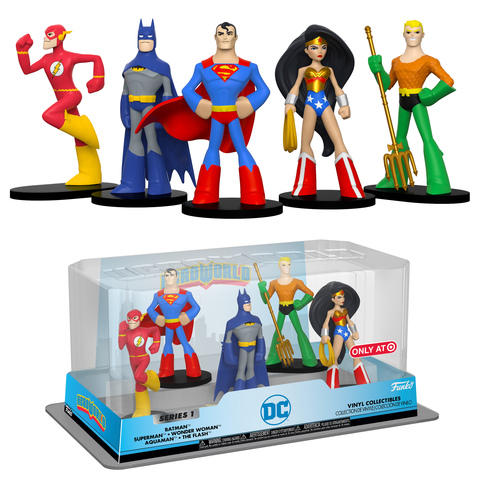 Funko has announced a new line of collectibles called HeroWorld. These vinyl figures feature characters from DC Comics and Teen Titans Go! as well as other heroic properties such as Power Rangers, Scooby-Doo and more. The figures measure about four inches and are available in 5-packs and 2-packs. They will begin releasing later this week exclusively to Target stores and on Target.com. As for characters from The Batman Universe, all of them can be found below.