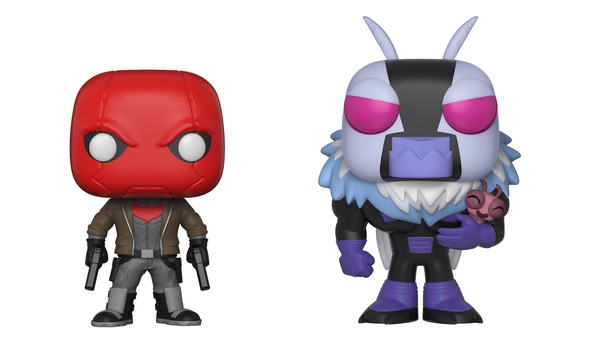 With San Diego Comic Con just under a month away, companies are revealing their exclusive merchandise for the convention. Funko has revealed that they’ll be offering two Pop figures at the convention based off characters from The Batman Universe. The Killer Moth Pop is modeled on his look in the Teen Titans Go! animated series while the Red Hood is based on Jason Todd’s look in current comic continuity. Exclusive convention Pops tend to be quite rare so if you don’t pick one up at the convention you can expect to dole out some extra cash to get one on the secondary market. Are you hoping to add these Pops to your collection? Let us know in the comments below.