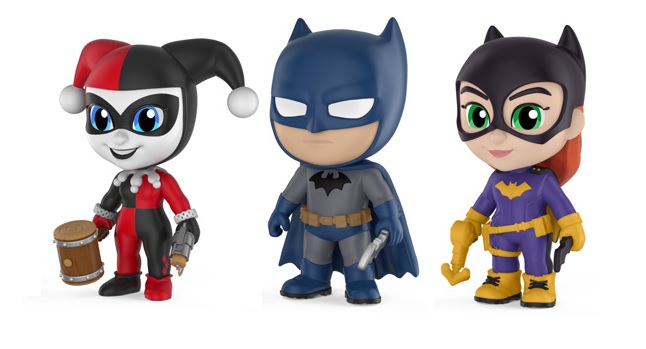 While Funko Pops are wildly popular, one of the downsides to the figures is their inability to be posed. Funko has remedied this by creating their 5 Star line which features figures with three points of articulation so they can be ready for action in their fight against toy-based crime.

Bat-Fans are in luck because Funko has announced that a Batman line of the 5 Star figures are coming soon. The line features Batman and Batgirl (in her Burnside costume) as well Harley Quinn, The Joker, and Poison Ivy. Each figures comes with accessories such as a cell phone for Batgirl, a mallet for Harley, and a venus fly tap for Ivy. The figures measure three inches tall making them a bit smaller than the traditional Funko Pops but their poseable ability more than makes up for their tiny stature.

Funko’s 5 Star figures are set to be released in August. Fingers crossed that we get more of the Bat-Family down the line.