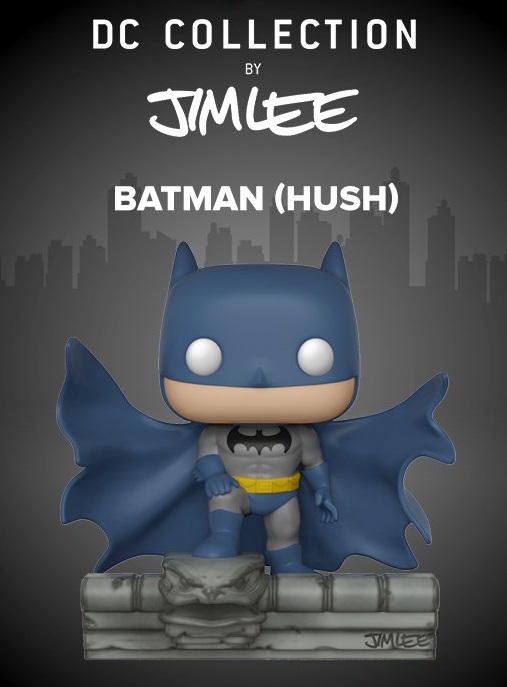 Jim Lee has revealed that he has a new collaboration with Funko. The very first release, as part of the DC Collection by Jim Lee line, will feature a Batman Pop figure based off the appearance in Batman: Hush. Batman has a flowing cape and stands on top of a gargoyle statue. While no news has been revealed directly by Funko, it is safe to assume that by the new “collection banner on the image released, this is the first of other planned releases.

The figure is priced at $25 and expected to release at the end of September exclusively at GameStop. You can pre-order yours now by heading over to GameStop.