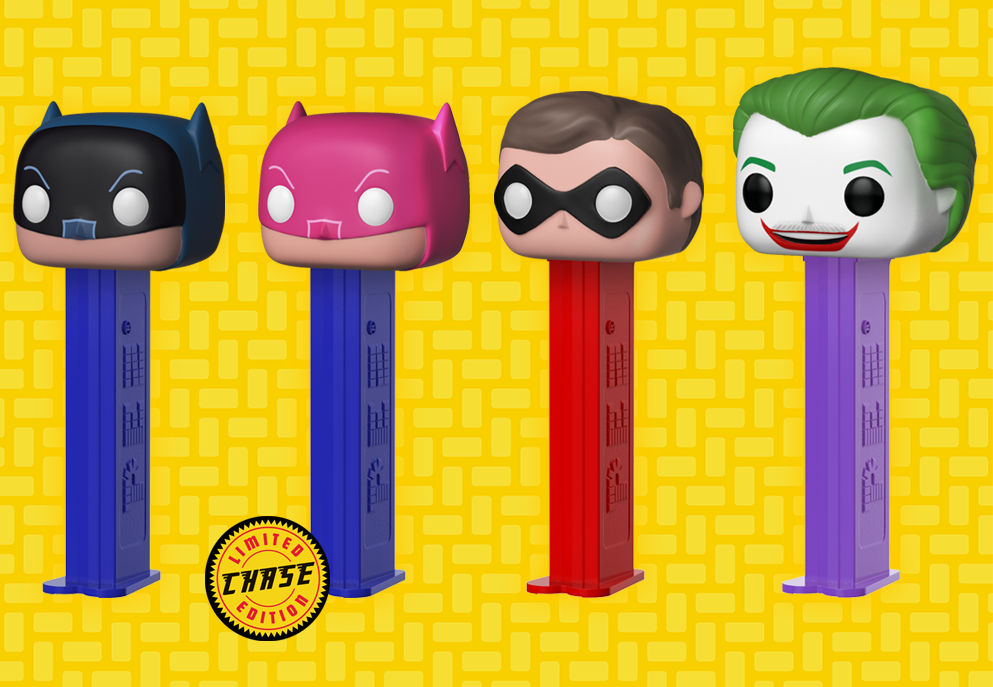 The highly addicting collectibles from Funko are getting a candy-sized makeover with the upcoming release of Pop! PEZ!. Four Batman ’66 themed PEZ dispensers are being released with the likenesses of Batman, Robin, the Joker, and a special pink-cowl variant of the Dark Knight. Check out the images and be on the lookout for the collectibles this September. Don’t worry, each dispenser comes with plenty of PEZ candy to load them up and keep those heads flipping backward.