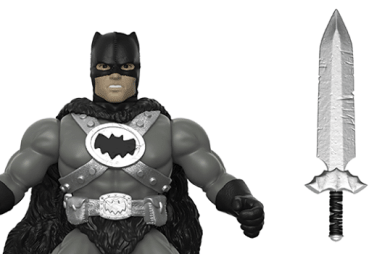 For those who never thought those Primal Age figures from Funko would sell, I guess it’s time to rethink your fortune telling skills as series 2 has just been announced! This time around, those savage barbarian-ish superheroes and villains will include a Target-exclusive Batman variant, Superman, Bizarro, The Flash, Lex Luthor, Black Manta, and a rather hefty beastly Krypto (big enough for Superman to ride). Figures feature the same muscled style as Series 1 and come with their own weapons. Look for them later in 2019.