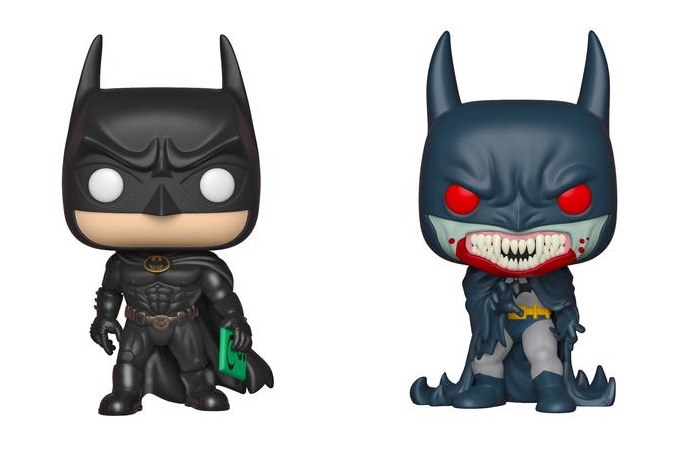 If you thought your Batman POP! collection was complete, well then you have miscounted, Bat-Fans. Coming soon from Funko will be two more incredible Batman figures to help celebrate the Dark Knight’s 80th anniversary. First up is one we’ve hinted at before. Based on his appearance in Batman Forever, the Batman Forever POP! is ready to take on Two-Face and the Riddler. He’s even seen with a stylish Riddler clue in his hand. Next is one all the Elseworlds fans have been dying for, I’m sure. Red Rain Batman, based on his appearance in the Red Rain storyline, is a vampiric version of Batman who is deadset (or un-deadset) on slaying Dracula.  With a menacing snarl exposing his multiple fangs, this POP! Is definitely one of the more frightening versions on Batman available.

Both figures are expected to hit stores this August. You can pre-order the Batman Forever Pop or the Batman Red Rain Pop figures over at Entertainment Earth now.