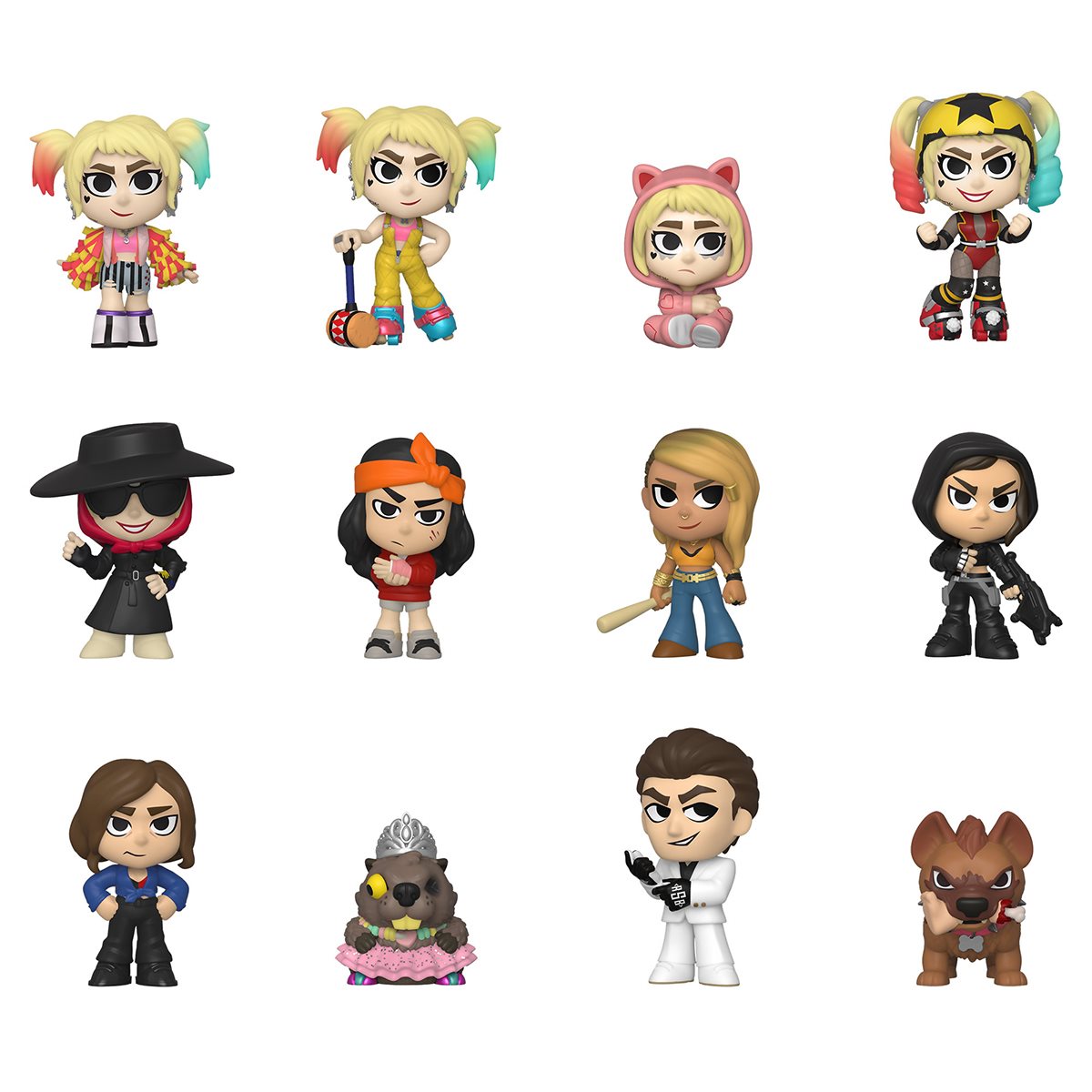 Birds of Prey is just over a month away and if you thought that there wasn’t enough Harley Quinn merchandise out in the world, then you will be happy with this announcement. Funko has revealed the entire slate of items coming from them for the film. There is a lot, so bear with us if you aren’t a Harley fan. Links to pre-order can be found throughout the article. Before we dive too deep, these first items will available at multiple retailers. We will be sure to mention the exclusives below.

First up, there are two Pop! keychains featuring Harley. The first is a Harley Quinn with a caution tape jacket and the second is Harley Quinn from the Boobytrap Battle. Each is priced at $4.99. There is also a broken-hearted Harley Quinn exclusively at BoxLunch and Hot Topic for $7.99. The next item is Birds of Prey Pop! pens. There are four different options, each with one of four Harley toppers. You can expect these for $3.99 each or you can purchase an entire display case for $47.99. There will be a 12-piece Mystery Mini series which will include Harley Quinn with caution tape jacket, Harley Quinn from Boobytrap Battle, broken-hearted Harley Quinn, roller derby Harley Quinn, Incognito Harley Quinn, Cassandra, Black Canary, Huntress, Detective Renee Montoya, Roman Sionis in a white suit, Beaver and Bruce the Hyena. These are expected to retail for $4.99 each. You can order an entire display case from Entertainment Earth with twelve figures included for $67.99. There will also be two exclusive figures available at GameStop featuring a Roman Sionis in a black suit and a flocked Bruce the Hyena.

Next, we dive into the Pop! figures. There are eight non-exclusive figures to choose from. They include Buddy Harley Quinn, Harley Quinn with caution tape jacket, Harley Quinn from the Black Mask Club, Harley Quinn in roller derby attire, Black Canary from the Boobytrap Battle, Huntress, Roman Sionis in a white suit and a Chase figure of Roman Sionis. Each of these is priced at $10.99. There are also a number of exclusive Pop! figures. First, we have Harley Quinn from the Boobytrap Battle available exclusively at Hot Topic for $12.99. Next is BoxLunch’s exclusive broken-hearted Harley Quinn for $12.99. Then the Funko Specialty Series will offer incognito Harley Quinn. This will be available at a wide variety of retailers for $10.99.