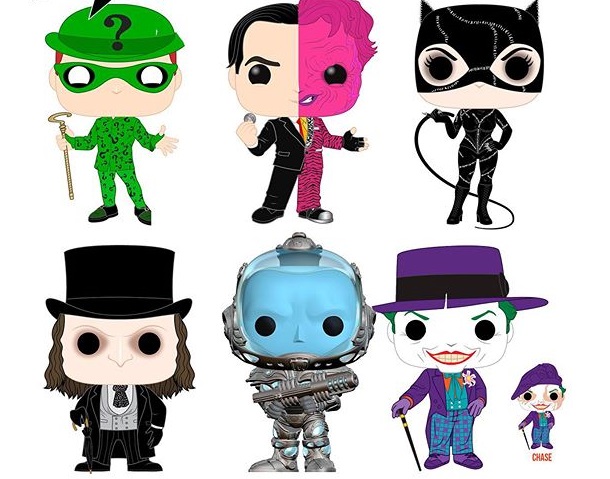 London Toy Fair is currently underway and Funko has revealed a ton of new Pop! figures including some great additions to the Batman Universe that will sure please Bat-Fans. There are various details that have been revealed at this point with some with preorder details and others that will have to release before you can order yours. Check out further details by reading on.

First up is the next super-sized Pop! which will feature The Dark Knight’s Joker in ten tall inches. Priced at $34.99, this Pop! is expected to ship in April 2020. You can preorder now over at Entertainment Earth. Next, we have one with fewer details. Deathstroke was revealed and is said to be included in a two-pack with Red Hood. At this time there is no projected release date or price. Then we get into a bunch of figures based on villains from the Batman films from the Burton and Schumacher eras. Each are priced at $10.99 and are expected between April and May 2020. Links can be found directly below. Finally, one additional exclusive was announced featuring Harley Quinn in a nightie. This will be available Spring 2020 exclusively at Hot Topic.

Any of the new additions making their way to your collection? Which character from the Batman Universe are you hoping gets the Pop! treatment?