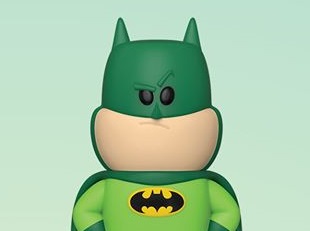 Funko has released details for their exclusives for the upcoming Emerald City Comic Con taking place in Seattle March 12-15. Among the exclusives are two new Funko Soda figures. The new line, announced last month, will add a limited edition green Batman. The green Batman also features a possibility of finding a pink Batman as a chase. How they will be made available has not been announced, but you will be able to pick them up within the confines of the convention next month.