Funko Adds the Grim Knight to the Pop! Line 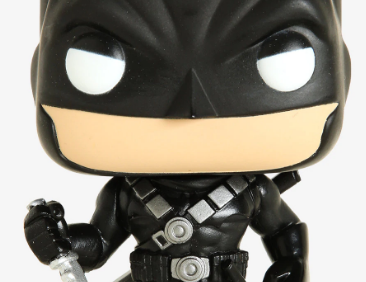 Funko has released their latest Funko DC Comics Pop!, which features Batman the Grim Knight from The Batman Who Laughs #1 as a Hot Topic exclusive. It is priced at $12.50 and is available now. You can order yours directly from Hot Topic now. Celebrate 80 years of the Caped Crusader with Batman Grim Knight. In an alternate version, he is an enemy to Batman who allies with the Batman Who Laughs. He is a version of Bruce who shot Joe Chill dead when he killed his parents. He made his debut appearance in the comic, The Batman Who Laughs Vol. 2 #1. The Grim Knight has received a Funko Pop! makeover as a vinyl figure. Only available at Hot Topic!