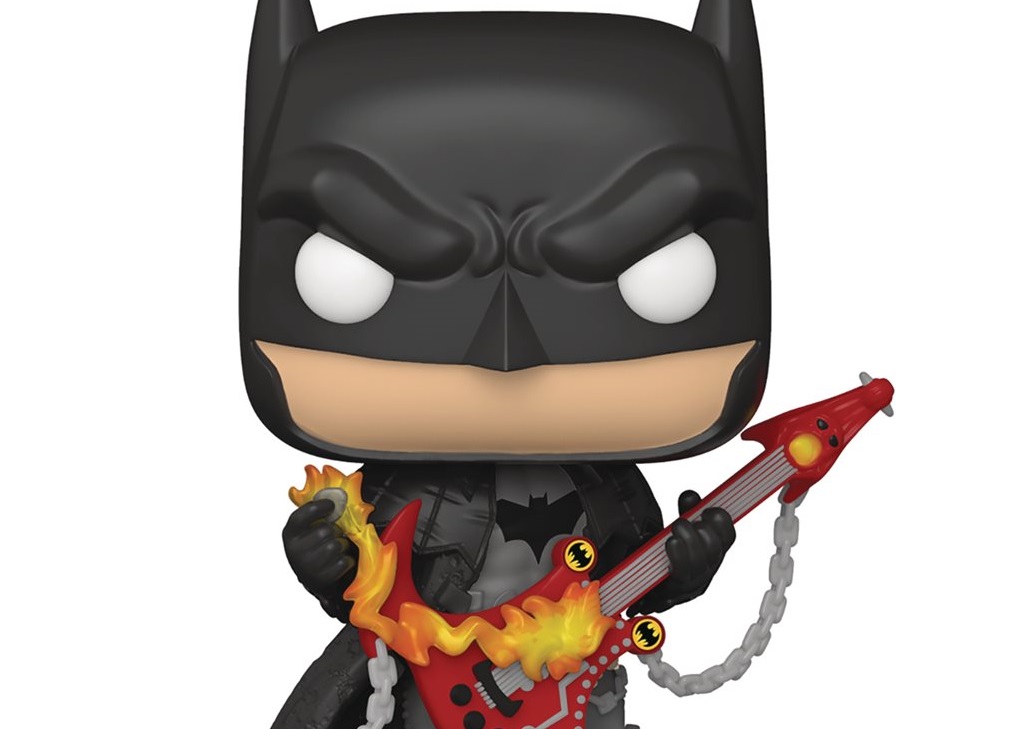 Funko has released details for their latest group of Pop! figures and from the Batman Universe, the Death Metal Batman Pop was announced. The figure measures just under four inches tall and features a cool Bat logo rock guitar. It is priced at $12.99 and is expected to ship in April 2021. You can preorder the figure at Entertainment Earth. 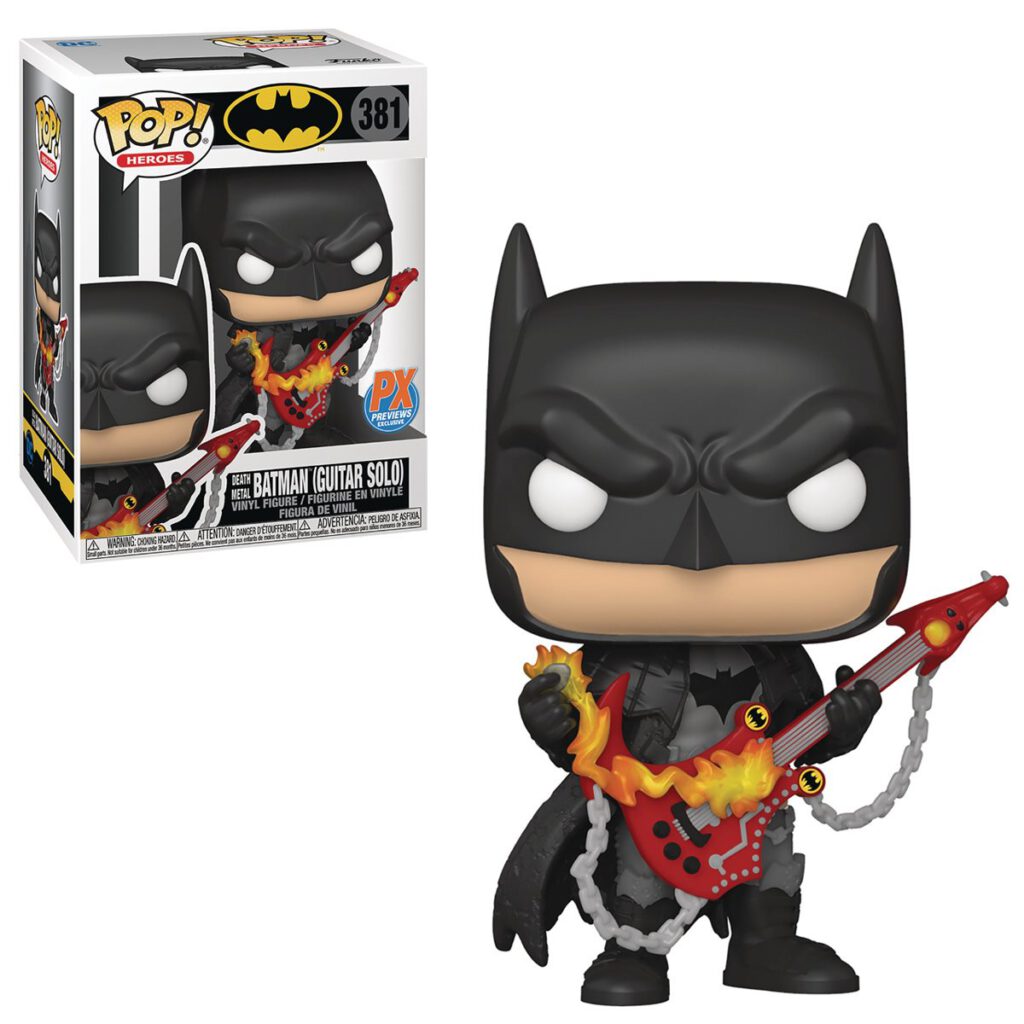 From the pages of DC’s Dark Nights: Death Metal by Scott Snyder and Greg Capullo, join the quest to stop Perpetua and the Batman Who Laughs with this Previews Exclusive Death Metal Batman with Guitar Pop! Vinyl figure! Batman appears in his heavy metal style complete with his face-meltingly cool scythe guitar! The Previews Exclusive Death Metal Batman measures about 3 3/4-inches tall and comes packaged in a window box. Don’t miss out on adding this heavy metal exclusive to your collection!